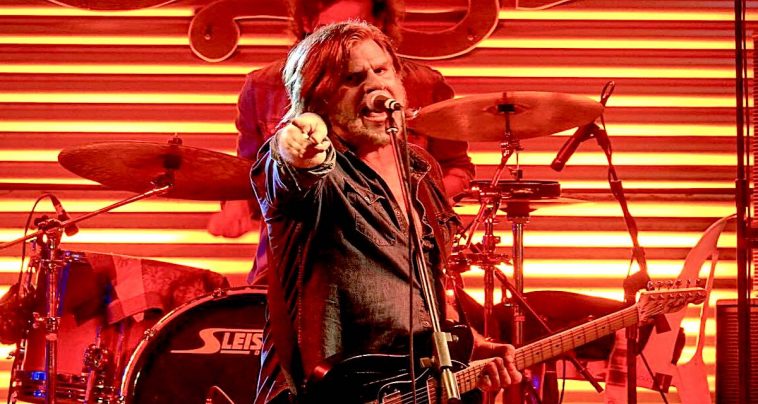 Given that it has been five months since he has played a gig, it’s not surprising that Tex Perkins is itching to get back on the road.

“It might sound like a cliche but I am really looking forward to the road,” Tex told Newcastle Live.

“It’s been five months now and I think the furthest I’ve travelled away from home is about 20 kilometres.”

Thankfully for Novocastrians, Tex will be making his way south to Lizotte’s next week for two shows with Byron Bay-based songwriter Jez Mead as part of an upcoming flurry of dates in NSW and Queensland, many of which have quickly sold out.

“It is amazing but my stronghold seems to have become the Gold Coast which is another bizarre turn in my long career,’ Tex laughed.

“But the great thing about the Lizotte’s gigs, apart from the venue itself, is the fact that I don’t have to cross any State borders to get there. Jez and I will just drive ourselves down. Nice and simple.”

Tex’s long and storied career has seen him in such seminal outfits Beasts of Bourbon, The Cruel Sea, and Tex, Don, and Charlie (to name but a few) and he said the two Lizotte’s shows would attempt to run the gamut.

“Well first of all Jez is an incredible musician – he’s an artist, a songwriter and a troubadour in his own right,” he said.

“But we will be doing highlights of my long and strange career – anything that we can do a convincing version of as a two guitar duo.”

Tex hasn’t been resting on his laurels while being forced off the road, instead heading down the live stream route with the laidback and utterly cool series The Show.

Tex said The Show which is filmed on his property in the Byron Shire has well and truly been a community effort.

“We had the space which we built a few years ago which we use for parties and band rehearsal, it’s got a P.A, lights and a stage,” he explained.

“A lot of my neighbours are cameramen, sound engineers and musicians, so the surrounding community really came together to help make it happen.”

Aside from providing himself with a creative outlet, The Show also is providing a platform for other artists as well.

“Through necessity my guest artists have been friends and people who have been in easy reach,” Tex explained.

“Coincidentally there has been a real wealth of latent in the Northern Rivers area of NSW that I can draw upon. The guest artist for the upcoming one, for example, is Lucie Thorne, who is just increedible and I’m really fortunate to be able to draw on that level of talent.”

With three episodes in, Tex said he intended to keep The Show going for another three in the hope that the pandemic situation has changed for the better by year’s end.

“We’re gonna continue with it and we’re setting our sights on six episodes and that should see us to the end of the year – hopefully things will be different by then,” he said.

“I think it is very much in the context of the pandemic. The content of the show is about reflecting what’s going on but we want to soothe people that watch it. And I guess I feel a sense of responsibility to keep doing this not just for the audiences but fot the artists involved.”

Tex Perkins and Jez Mead will perform at Lizotte’s Newcastle on Friday 17 July and Saturday 18 July. The Friday show is now SOLD OUT and tickets to the Saturday show are selling fast! Get yours here.