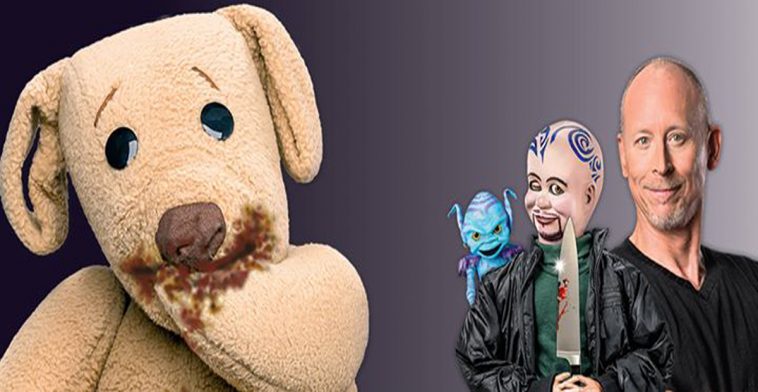 When it comes to body positivity in this overstimulated Instagram saturated world of social media, it seems that it’s not just us humans who struggle with issues surrounding putting our best self forward.

It’s something that affects bears too!

And that’s the theme of iconic ventriloquist David Strassman’s latest hilarious show, The Chocolate Diet which he will be bringing to the Hunter region for a bit of a mini-tour next month.

Speaking to Newcastle Live, David said the brand new show would see his now legendary character Ted E Bare struggle with his own weight issues – in a very hilarious way, of course.

“This show is hilarious, and a heck of a lot of fun,” David explained. “This time around, Ted has to give up the chocolates and sweets because he’s been putting on a bit of weight and we follow his attempts, both successful and not to drop the pounds.

“It’s something that most people can relate to.”

Aside from Ted’s battle of the bulge, the show, which premiered to a rapturous reception at the Adelaide Fringe Festival back in March, would also peek into the lives of David’s hilarious cast of characters, not least of which the acerbic Chuck Wood.

“Chuck has also been going through some stuff of late which we will see in the show – he’s actually decided to become a woman,” David explained.

“He feels as though he’s been carved into the wrong body and is going through a period of gender fluidity. but it’s all done in the most loving of ways – it’s pro-trans, it’s pro-women, it’s pro-gay, it’s pro-straight, it’s pro everyone and really bloody funny.”

While Ted struggles with his addiction to sweets throughout the show, other characters in David’s risible retinue are also trying to cast off the shackles of addiction.

Grandpa Fred, for example, is enjoying his autumn years in a retirement home ‘pumped full’ of heroin, and all manner of opioids, while Buttons, the loosest clown in town is struggling with an all-encompassing love of the bottle while Sid The Beaver can’t stop telling old jokes.

David also gets to have his not-so-subtle digs at the peccadillos of humanity through his character Kevin the Alien who delights in telling us humans how terrible we are at life, the universe, and everything.

No stranger to Australian audiences, David has been bringing his shows Down Under for decades now and he says he wouldn’t have it any other way.

“Just like that song, I’ve been everywhere man – from Darwin to Dubbo, from Echuca to Esperance and I am just totally in love with your country,” David enthused.

“We have a lot of shared humour, you guys and me – we’re both a little bit naughty and a little bit cheeky and we never take ourselves too seriously.”

Head here for tickets to all shows