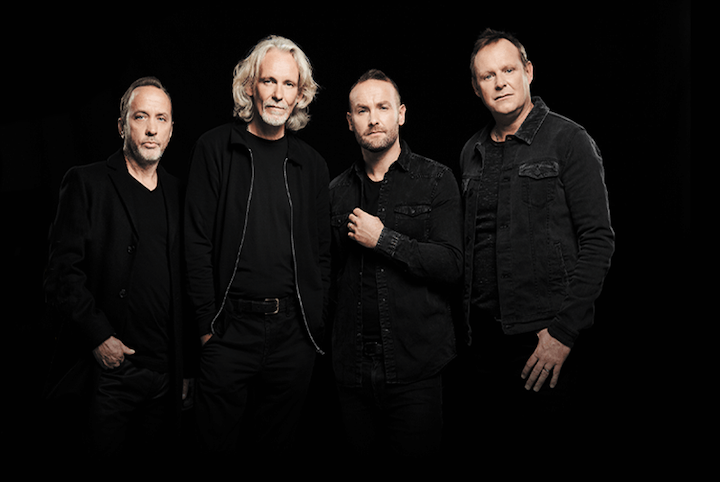 Do you feel it in your fingers? How about in your toes?

Well, that sensation you’re feeling is likely one of excitement because legendary Scottish soft rockers Wet Wet Wet are returning to the Antipodes this year for the first time in a quarter of a century.

The Love Is All Around hitmakers will play the Civic Theatre on Sunday 10 May.

Their nine-date Australian and New Zealand tour will come fresh off the back of a bravura summer run that included a string of massive Euro festival slots and a sold-out UK tour.

The band, who announced in late 2018 that Kevin Simm (winner of The Voice UK and former member of Liberty X) had joined original members Graeme Clark, Neil Mitchell, and Tommy Cunningham as lead vocalist, will be performing their most iconic hits, including the ubiquitous Love Is All Around, the best-selling single in Australia of 1994, along with Sweet Surrender, Goodnight Girl, Julia Says, and many more.

“It’s been a long time since we’ve been to Australia and New Zealand! We loved our numerous trips there in the past and can’t wait to see everyone again” Graeme Clark said.

Tommy Cunningham echoed the sentiment with: “We’re really looking forward to revisiting all the cities we’ve been to before and catching up with old friends, whilst at the same time getting to see some new places and making new friends.”

Since the release of their first single, Wishing I Was Lucky, in 1987 the band has grown to become one of the most successful in British pop history. In their career to date, they have sold over 15 million singles and albums, featured in the charts for an impressive 500 weeks, and had 27 official UK Top 40 hit singles.

Not bad at all!

Catch Wet Wet Wet at the Civic Theatre on Sunday 10 May. Get your tickets here

ALSO ON NEWCASTLE LIVE
SOMETHING TO CLUCK ABOUT: Newy Hotel to host Newcastle’s biggest fried chicken disco!
ART AFTER DARK: The Lake comes alive with Late MAC series
BLESSED: Here’s a few ways to fall back in love with Newcastle
SAVE THE DATE: YouTube sensation Nat’s What I Reckon is heading our way…and it’s totally on purpose