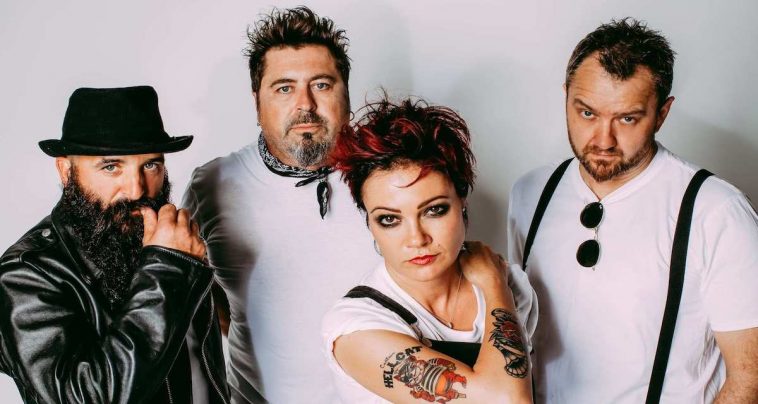 It might be hard to believe, for those of us of a certain age, but Jet Age, the banging, hit-laden sophomore slab from Adelaide rockers The Superjesus is now two decades old.

And to celebrate the auspicious occasion, the band is headed back out on the road this October and the anticipated rock and roll roadshow will hit The Cambridge on Thursday 28 October.

Following on from their brooding, incendiary 1998 debut Sumo, The Superjesus proved that they were much more than a one-album wonder with 2000’s Jet Age.

Aside from the well-deserved plaudits, the album also represented a period of significant change, with founding guitarist Chris Tennent departing the band in mid-1999.

“Our second record Jet Age came out in the year 2000 – it was a turning point for us, not just because of the turning of the millennium but also for us it was a stamp that we could go on after the departure of our founding guitarist Chris Tennent,” Sarah McLeod said in a statement.

“We were worried we would not be able to back up without him but that fear was short-lived when we made Jet Age, we knew it was a good one.”

The tour will see the band rip into Jet Age in its entirety before noshing some half-time oranges and hitting the stage again for a second set chock a block full of Superjesus hits.

And if you’ve seen The Superjesus in action you’d know that, even on an off night, they come out all guns blazing so this show is sure to be a treat!

Catch The Superjesus at The Cambridge on Thursday 28 October. Head here for tickets.