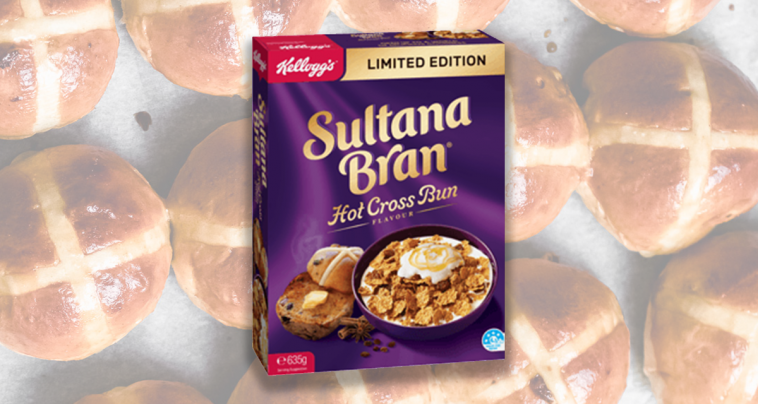 Some people have been known to get really hot under the collar when Hot Cross Buns start turning up on supermarket shelves straight after Christmas, but this is next level!

Kellogg’s has released a new limited edition version of their family favourite, Sultana Bran that will have hardcore Hot Cross Bun lovers is a total flap.

The breakfast giant says their Sultana Bran Hot Cross Bun flavour will provide hungry Aussies with the rich and indulgent taste of freshly baked hot cross buns in every bowl.

Basically, it’s the malty flakes and sultanas we’ve all had at nanna’s house with cinnamon and spice flavour.

Fibre and an early Easter treat in one mouthful!

These limited-edition boxes of Sultana Bran have started to turn up in supermarkets around the country this week and can be picked up online via Woolworths for about $5.50.