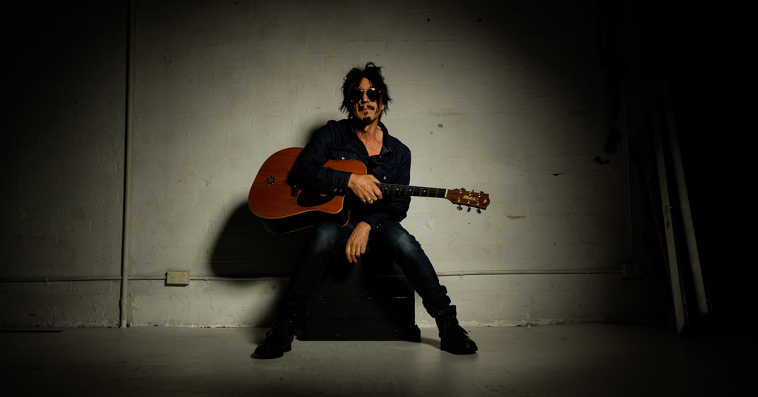 If you’ve seen former Noiseworks bass player Steve Balbi strutting his stuff in front of seminal ’80s outfit Mi-Sex, you’d know that he is one of the most charismatic and, well frankly, rockin’ frontmen in the country.

Well, Steve will be hitting the Lizotte’s stage this month and this time around, he’s got a slab of new tunes to run through.

Not wanting to rest on his laurels during the pandemic, Steve has been hunkered down in his home studio that the fruits of those creative labours have manifested in the album I Think I Know For Sure which will be released on limited-edition 12″ vinyl on Friday August 21.

To celebrate the release Steve will deliver two sets at this special Lizotte’s show on Saturday 22 August.

The first will see Steve in solo and acoustic mode running through a selection of old faves while the second will feature Steve aloingside a full band who wiill crank up the colume and rip through the new slab from start to finish.

“I willingly went back to basics and was inspired to make a body of work that echoes the music that inspired me as a child,” Steve said of the album.

“It feels as though this record has been waiting for me for years. And it’s the opposite of what seems to be popular right now. Perhaps for that reason alone, I love it even more.”

If that wasn’t enough, virtuosic guitarist Jak Housden will open up proceedings in what promises to be an enthralling and masterful set.

For the uninitiated Jak currently plies his trade as the main axe wrangler for The Whitlams and Tim Minchin’s band, but has previously popped up in the likes of The Badloves and Daryl Braithwaite’s band.

Catch Steve Balbi and Jak Housden at Lizotte’s on Saturday 22 August. Tickets for this one are selling like hotcakes so get in fast. BUT never fear because you can also purchase a Live N Streamin’ ticket for this one so you can enjoy it all from the comfort of the couch!