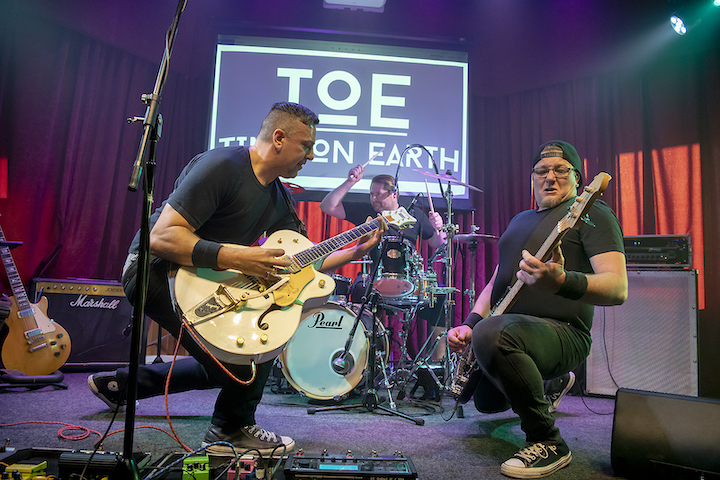 Newcastle rockers Time On Earth are one of many Newy acts throwing their hat into the ring for the Sound Station Band Comp. Picture: Craig Wilson/Swamp House Photography

Interest in the Sound Station band competition is reaching fever pitch with up-and-coming Newcastle acts coming out of the woodwork to vie for a chance to play alongside some of the city’s best.

The comp is designed to give a leg up to one local talent to watch by giving them the chance to play at the inaugural Sound Station Music and Arts Festival alongside the likes of The Gooch Palms, The Porkers, Jets Play Jets and Grace Turner.

As a tacit acknowledgment of the breadth of musical talent we have here in this part of the world, heats will be spread out across three dates with the grand final taking place at the Cambridge Hotel on Saturday 21 March.

Festival organiser Marcus Wright said given the event’s commitment to shining a spotlight on the local music scene’s contribution to the cultural and economic landscape of the city, it made perfect sense to also highlight some of the amazing talent currently cutting their teeth in local venues.

“Sound Station Music & Arts Festival is all about celebrating the strength and diversity of Newcastle’s live music industry past, present and future,” Marcus said.

“So, it makes sense that we also create an opportunity in conjunction with that, for up-and-coming artists to perform in some of our best live music venues and potentially win a spot on the main stage at Sound Station.”

Speaking of those venues, the first heat will go down at The Stag And Hunter Hotel on Wednesday 4 March, followed by heat two at the Lass O’Gowrie on Thursday 5 March.

Heat three will kick off at the Wickham Park Hotel on Wednesday 11 March followed by the final heat at the Hamilton Station Hotel on Thursday 12 March.

If you’re in a rockin’ band who thinks you’ve got what it takes head here and your dreams of rock and roll glory could very well soon come to fruition.

The Sound Station Music and Arts Festival is on at The Station Newcastle on Saturday 4 April. Head here for more info.