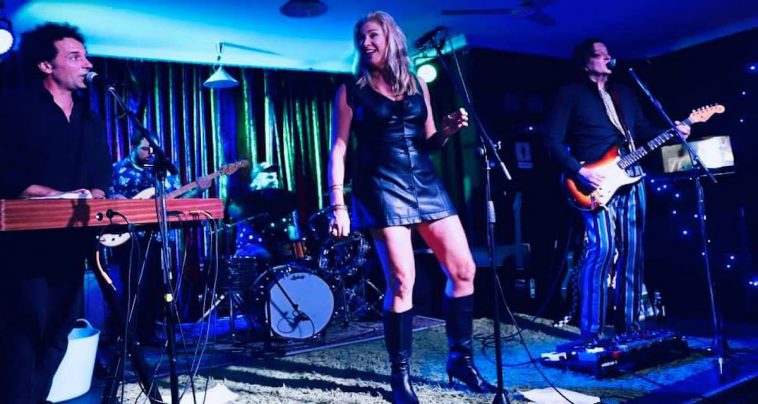 Hot on the heels of their cracking fourth record Evolution, Sydney-based grooves The Soul Movers are making their way back (fingers crossed) to Newcastle next month.

And the sonically and sartorially stylish six-piece will bring their hefty swag of dancefloor-ready tunes to The Wickham Park Hotel on Saturday 7 August.

The band’s fourth album Evolution was written and produced by Sherbet’s Garth Porter (with Tony Mitchell on bass) and sits at the convergence of soul, pop and retro rock. It’s an album that spans not only the spectrum of their musical influences but attempts to do justice to their deep passion for soul.

It’s also a case of coming full circle for Murray’s first-ever concert experience was watching Garth and Tony on stage with Sherbert at the Amoco Hall in Orange.

“Evolution happened very naturally for us, with early conversations starting with other muso friends on morning swims at Coogee Beach,” Murray and LIzzie said.

“We first called Rancom Street [studios] and found ourselves speaking directly with Garth Porter. Knowing Murray’s first-ever live show was Sherbet, we knew it was a sign and locked in some studio time – the rest is history.”

So if you’re keen to take a trip through the grooviest sounds of Sun, Fame, Royal and Muscle Shoals as well as bopping along to some spicy new tracks, you don’t want to miss out on this gig.

Catch The Soul Movers at the Wickham Park Hotel on Saturday 7 August. Head here for tickets.

Also on Newcastle LIve
Vinny’s Takeaway kicks a goal with Schnitzel Snack Pack!
Kim Salmon and more added to a HUGE Thrashville lineup!
Two iconic coastline venues are getting a refresh
Newcastle creatives in the spotlight at IGN Art Fair