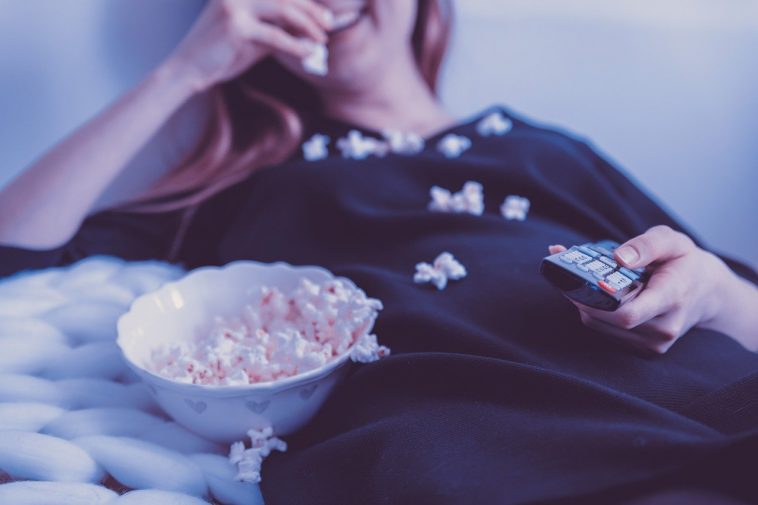 With the weather promising to be a wet and miserable jerk for most of the week, there is very little to do, apart from jumping in puddles, other than rugging up on the couch and zoning out with a bit of small-screen action.

While it’s true that vapid reality show fare like Bachelor In Paradise that are currently saturating our free-to-air channels, that’s not to say that there isn’t some quality, thought-provoking and downright entertaining series to warm the cockles of your heart while Old Man Winter does his thing outside.

In that spirit, here are some shows that we reckon have binge-worthy written all over them (not necessarily new, just stuff that has caught our eye of late). So, throw on the onesie, grab a mug of cocoa and start working on those square eyes.

This sobering five-part series is an absolute must for reality-crime fans, especially if the likes of Making A Murderer and The Confession Tapes piqued your interest.

Outcry follows the true story of Greg Kelley – am ‘all-American’ high school football prodigy who has the world at his feat until his world was torn apart after he was arrested, convicted, and jailed for the sexual assault of a four-year-old boy.

Greg was sentenced to 25 years with no possibility of parole but a groundswell of support emerged, calling into question the investigation, the prosecution’s tactics and ultimately, the validity of the conviction.

This is truly a story where there are no ‘winners’ and one that is as thought-provoking as it is riveting.

If big screen fare like Goodfellas and The Untouchables float your boat, then this limited Netflix series should be right up your “wise guy” alley.

The series chronicles a New York City circa 1970s and ’80s – a city that was gripped by Mafia-related crime courtesy of the Five Families – Bonanno, Colombo, Gambino, Genovese, and Luccese.

After cornering the drugs, prostitution, loan-sharking, and numbers rackets, the Families started to dip their toes into the world of legitimate business. That was, of course until the Feds decided to ruin the party by dismantling the organised crime apparatus.

This is standard doco fare but a must for fans of both true crime and Mafia drama.

While the exploits of brilliant yet completely self-destructive barrister Cleaver Greene are not new, Rake remains one of this writer’s fave Aussie dramas, thanks largely to some whip-smart writing that does not wane as the series progresses and the undeniably fantastic Richard Roxburgh who inhabits the role with swagger and aplomb.

Cleaver is known as the defender of the indefensible and is known to throw his wig on for anyone form cannibals to bigamists but there always seems to be more drama in his life than in the courtroom.

F Is For Family

If you identify as a Gen X-er then you will relate to this sweary but surprisingly endearing comedy from the mind of stand up Bill Burr.

The show is inspired by Bill’s childhood and the acerbic funnyman voices Frank – the patriarch of the Murphy household. Frank is an ill-tempered Korean War vet who is completely disillusioned with how his life turned out -working as a baggage handler at for a budget airline while having to deal with the shenanigans of his dim-witted 15- year-old Kevin, precocious middle child Bill and the apple of his eye Maureen.

While Burr’s sledgehammer-style humour is par for the course here, F Is For Family is peppered with many sweet and endearing moments.