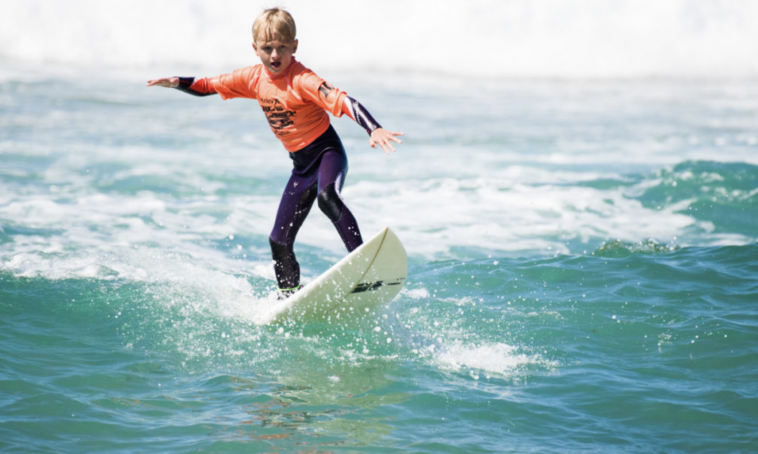 Aussie surfing legend Barton Lynch is calling on grommets from across the globe to strut their stuff on the waves in the BL Blast Off Video Challenge.

The BL Blast Off was established by the 1988 World Surfing Championship in 2006 as a coaching program and surfing championship that has gone from strength to strength over the years, recently enjoying an international expansion including events in Bali and plans for the Maldives well underway.

With physical events in Sydney and Bali cancelled for 2020, the Blast Off is mixing things up a bit.

This year, young surfers from all over the globe are encouraged to submit video footage of themselves showing their “stoke” in the water.

Submissions are open now and run through until Saturday 31 October, with winners of the challenge being announced on Saturday 7 November.

Videos will be uploaded weekly to Epicentre.tv, and winners in Most Entertaining Clip and Kids Who Bring the STOKE categories will also be announced weekly.

Overall winners will be announced in the following categories: The Expert’s Choice; People’s Choice; Best Wave; Best Wipe Out; Best Tube; Best Air; and Most Potential.

The Video Challenge will be officiated by Barton Lynch himself, alongside a panel of the world’s most exciting young surfers including Jack Robinson, Kyuss King, Vahine Fierro, Mahina Maeda and Eli Hanneman

“Taking the event online allows us to reach more kids and build the BL Blast Off community globally,” Barton said.

“I am so excited to see what we receive. I am expecting to see some futuristic surfing from the next generation of champions and then heartfelt efforts from the micro groms. I always liked the quote ‘the best surfer is the one having the most fun’ and that’s what BL Blast Off is about because the better you get, the more fun you have.”

Head here for more information on the BL Blast Off Video Challenge.