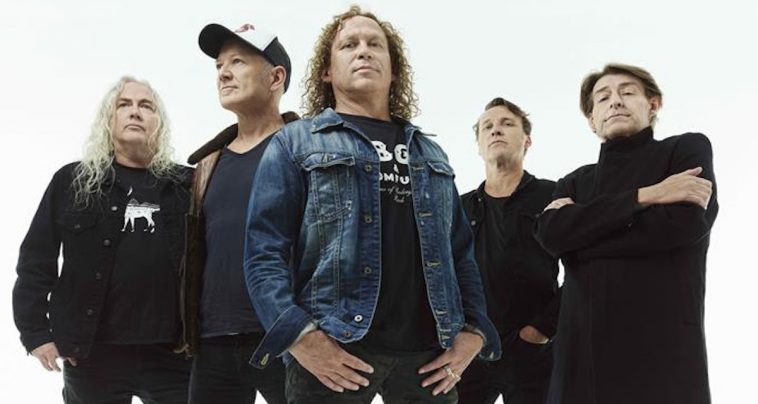 Coming directly from the ‘oh Lord, why do you hate our precious gigs’ file, Newy rock behemoth the Screaming Jets have been forced to put the kibosh on their anticipated Belmont 16s show in September.

Given the uncertainty surrounding the COVID-19 situation, the Better hitmakers have been forced to cancel a run of New South Wales dates, including Belmont, Young, Bathurst, Sawtell, Shellharbour, and Revesby.

Our loss is Queensland and Victoria’s gain though, with the band adding six make-up shows in those states throughout August and September

“It’s such a bloody disappointment that we can’t get to these NSW shows that we had planned for August, such is the current state of touring and border closures,” frontman Dave Gleeson said.

“Obviously the health and wellbeing of all of us is of paramount importance. On a brighter note, we have added six shows for Queensland and Victoria and we can’t wait to hit the road and play shows again, and to unleash ‘All For One’ on fans again!”

All is not lost, however, as the band remain committed to blowing the doors off Belmont 16s at some stage in 2022.

The show was to be a raucous celebration of the band’s incendiary debut All For One which turns 30 this year.

All For One featured the original classic line-up of Dave Gleeson, Paul Woseen, Grant Walmsley, Brad Heaney, and Richard Lara and sent the Jets into the rock and roll stratosphere.

The album, buoyed by such belters as C’mon, Shine On and Stop The World, peaked at number two on the ARIA charts, but it was the anthemic riffage of the second single Better that introduced the band to the world with the Jets, well jetting off to Europe, the UK, and North America on the back of its success.

To mark the auspicious occasion, the current Screaming Jets lineup – Dave Gleeson, Paul Woseen, Jimi Hocking, Scott Kingman, and Cameron McGlinchey, have headed into the studio with original producer Steve James, to give the celebrated set a fresh coat of paint.

And the fruits of those labours will drop on the decidedly spooky date of Friday 13 August.