SCENE & HEARD FESTIVAL lands in  Wickham Park in just under four weeks! And today,  we’ve got the sitemap and set times to share with you!

Sunday, November 4 will see The Living End, Spiderbait, Something For Kate, Sneaky Sound System, Killing Heidi and more take to the stage in what can only be described as a journey back to when Spotify didn’t exist, and that 1999 triple j Hottest 100 CD was the only thing repeating on the car stereo. 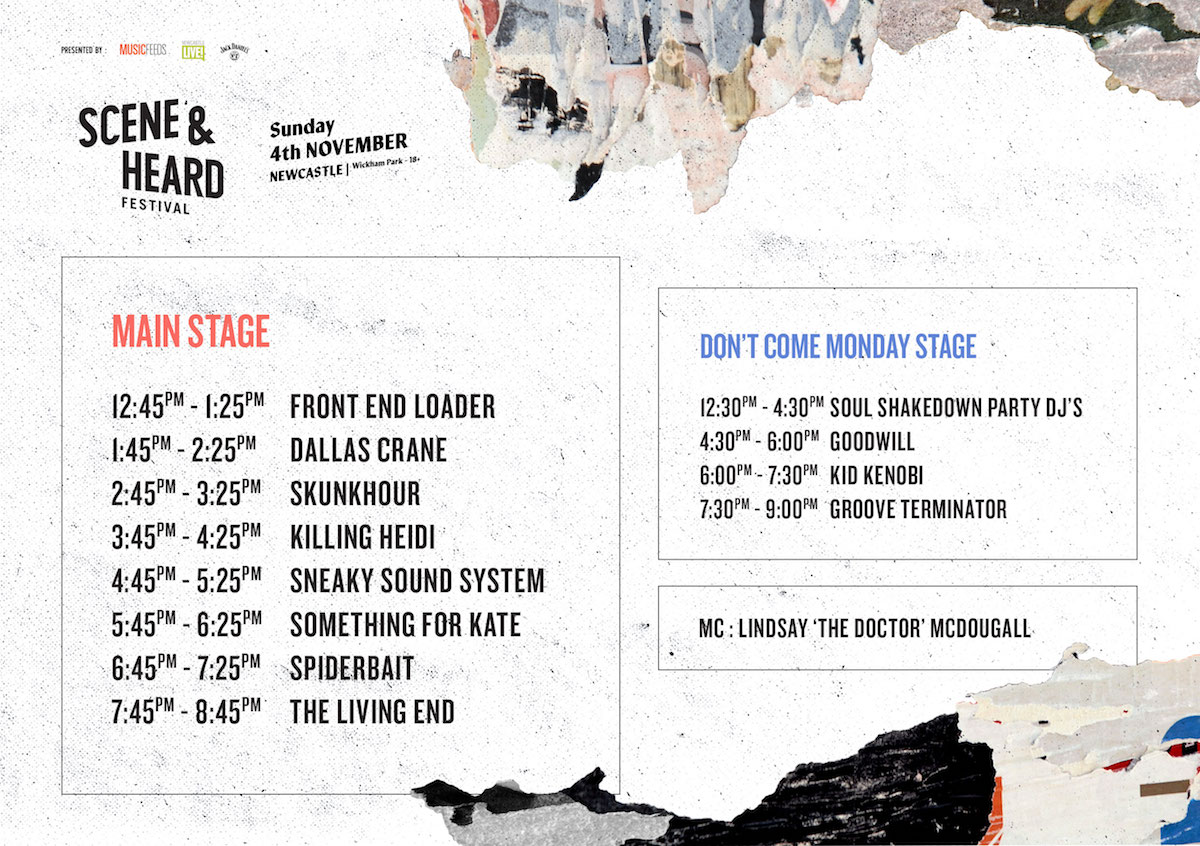 Crack out that old band shirt, dust off those Doc Martens and whip up a pen and pad to start mapping out the day. Closing the main stage are legendary rockabilly heroes The Living End with their high octane wall of sound, the climax of the day. But first, this ripper day warms up with the energy fuelled Front End Loader, followed by rockers Dallas Crane and Skunkhour. Killing Heidi will also be back on stage celebrating 20 years since their inception. Sneaky Sound System follow, bringing in the summer sunset with smash hits ‘UFO’, ‘Pictures’ and ‘I Love It’. Prep for a giant sing-a-long as Something for Kate hit the Main Stage and Spiderbait pull out throwbacks like ‘Buy Me a Pony’, ‘Black Betty’ and ‘Calypso’. All the action is hosted by the ultimate, the one and only Lindsay ‘The Doctor’ McDougall as emcee. 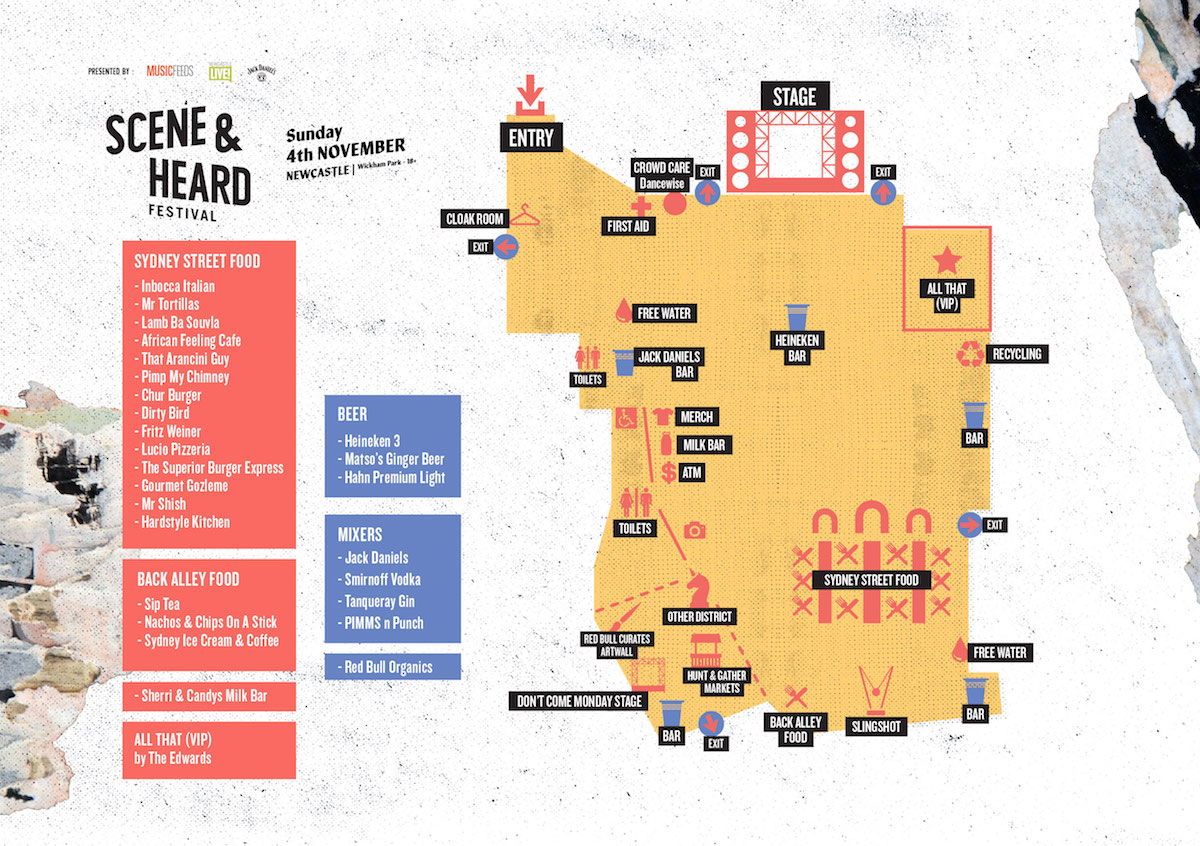 If that’s not enough temptation to bring out the fluoro again SCENE & HEARD wholly encourages ‘personal leave’ days with the ‘Don’t Come Monday’ Stage. Blowing up this dance starts with BIG BOSS warming up for a trio of Aussie club legends Goodwill, Kid Kenobi and Groove Terminator. It’s a line-up that will see punters partying as hard as they did the same week the Ministry of Sound Annual 2002 was released.