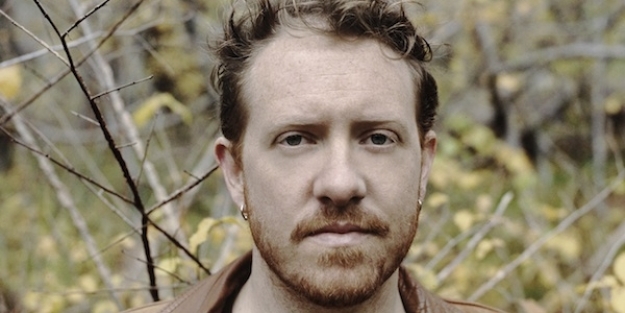 When Jesse Hooper from Aussie band Killing Heidi rocks onto the stage at Scene & Heard on 4 November it will be with what he calls his “ultimate guitar set up”. A set up that the ARIA award-winning songwriter says he’s been working towards for years.

“It’s a beast” he exclaims over the phone during our interview.

Jesse is talking about his new Shuriken Guitar guitar, an invention of his good friend Steve “Stevic” Mackay from the band 12 Foot Ninja. It’s the last addition to the live set up he’s been putting together since Killing Heidi reformed in 2016 to celebrate their 20th anniversary.

“It takes a bit of getting used to, but once you’ve got it down you can dial in any sound you can think of and change tunings with just the press of a button”

“So in a song like Weir I can have a jumbo acoustic Gibson guitar tuned down a whole step for the verses and I can hit a switch on the pedal board and change to a Telecaster with a Fender Twin for the pre-chorus and then hit this another button to go back to a Les Paul through a Marshell amp for the chorus. It’s insane” he vibes.

For those who can’t remember, Aussie music lovers lost their minds when Killing Heidi hit the radio (think Spotify without the control, kids) back in 2000 with songs from their debut album Reflector. For many, Killing Heid songs such as Mascara and Weir became like tattoos of their youth. The combo of Jesse’s guitar lines and sister Ella Hooper’s distinctive and powerful voice grabbed the music-loving public by the ear, and they held on tight.

For an outsider, it seemed like a meteoric rise to fame for the brother and sister duo from Violet Town in Victoria. But Jesse told us that the pair didn’t get a lot of chances to see live music growing up in a rural town and it never seemed like a serious option.

“There wasn’t a lot of opportunities to see live music growing except the young bands that would play at the footy club. But to be honest it was more background music than anything. People who wanted to play were really doing it just for the fun of it” He explained.

“We got lucky though. Triple J did a concert in about 1996, like a one-night stand type of thing.  It was the first time I’d seen a proper concert.  It was rare to get big bands to regional areas. Looking back it was probably just a small show, but it felt like the biggest thing to ever happen. I was hooked”.

Tickets are on sale now!