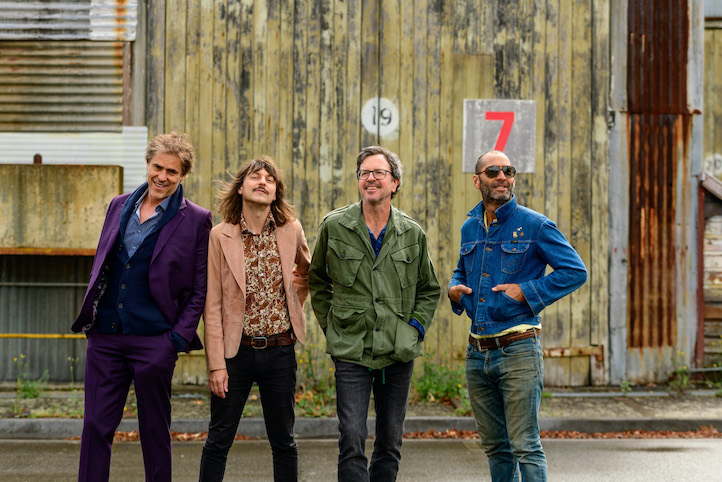 It’s been a long time between drinks for The Whitlams with their last album Little Cloud dropping back in 2006, but that’s all set to change this year.

To celebrate the release of their first new music in 14 years, the band are heading out on the Gaffage And Clink tour later this year, kicking off proceedings at Lizotte’s.

“Gaffage and Clink” is backstage lingo referenced in a new, yet-to-be-released song that celebrates the relationship between the band and their long-time tour manager Greg Weaver, who passed away suddenly last year.

Over the course of The Whitlams storied history, they have released five platinum or gold-selling albums in a row (including the beloved Eternal Nightcap LP, which was voted in at 17 on triple j listeners’ Favourite Australian Albums of All Time poll in 2011).

Since the release of the band’s last studio album, the gold-certified Little Cloud in 2006, The Whitlams have collaborated with various state symphony orchestras (including ten sold-out shows at the Sydney Opera House Concert Hall with the Sydney Symphony), performed numerous annual sold-out laps of the country and released a ‘best of’ compilation.

Like most local Whitlams shows this one is sure to sell out so, get on quick.

Catch The Whitlams at Lizotte’s Newcastle on Tuesday 4 August. Tickets on sale at 10am local time, Thursday 20 February.

ALSO ON NEWCASTLE LIVE
IT WILL GET LOUD: Uncompromising punks Glitoris to blow doors off Cambridge
NEWCASTLE WEEKEND: Your guide to the best bits…from the couch to the city
BIG HEARTS: Lizotte’s bushfire benefit raises a WHOPPING $25K for RFS
WHAT A PEACH! Newy eatery Rascal throws shade at Donald Trump with sweet burger treat