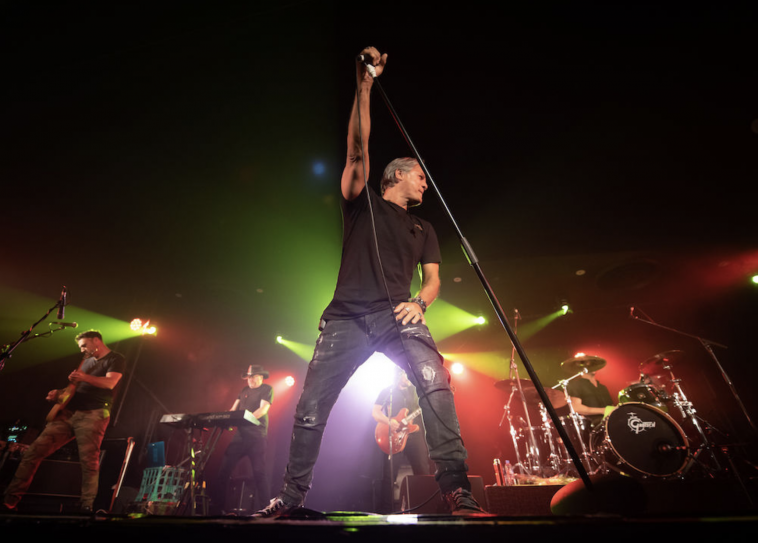 He’s the New Zealand-born rocker with one of the most formidable set of pipes in the music biz.

And Jon Stevens will be bringing those powerful vocals to Belmont 16s this September as part of his national Noiseworks and INXS Collection tour.

The show promises to be an all-killer-no-filler set chock full of Noiseworks hits such as Take Me Back, Touch and Hot Chilli Woman and a hefty selection of some of Jon’s favourite INXS tracks.

Following the tragic death of frontman Michael Hutchence in 1997, Jon began fronting INXS on a regular basis and after a red hot performance at the 2000 Sydney Olympics and tours of South America and Europe, Jon officially joined the band in 2002.

He co-wrote, with Andrew Farris, and recorded the track I Get Up with the band before they parted ways in 2003.

My job is to make sure everyone has the maximum best time possible.

Jon said that after delivering a set of hits from both bands on the recent Red Hot Summer Tour, he realised there was still a massive demand for those songs.

“You’ve got 10,000 people just going bananas when you are playing those songs,” he said.

“It makes you realise you have to keep playing them. People want to hear Noiseworks and INXS. My job is to make sure everyone has the maximum best time possible.”

He added that the set even earned a seal of approval from one of his former INXS bandmates.

“We have all grown up listening to those songs – they are great songs and they should still be heard live,” he said.

“Andrew Farris came to one of our recent shows and told me I need to play more INXS songs. So, with his blessing, and the continual requests from fans, it is Noiseworks and INXS all the way. That is all you are going to hear, songs from your youth, and songs you grew up with – iconic songs from both bands.”

As a special treat for this neck of the woods, before Jon hits Belmont, he will play a show at the Honeysuckle Hotel on Thursday 8 August.

Catch the Jon Stevens Noiseworks and INXS Collection show at Belmont 16s on Sunday 15 September. Get your tickets here.