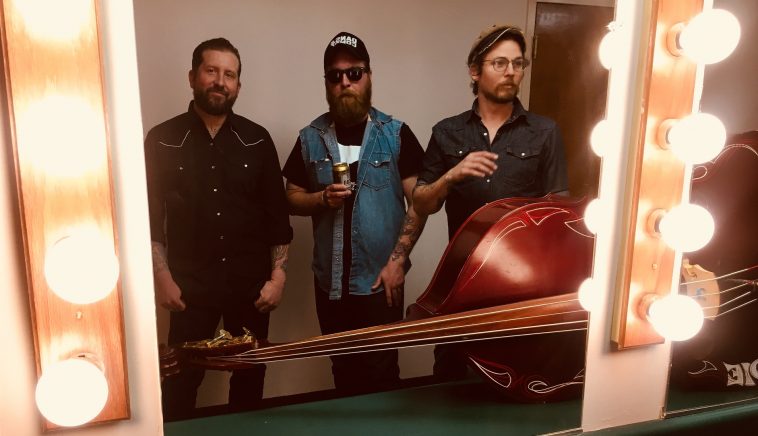 According to The Blacktops Number 9 frontman “Skinny” Jim Rotramel, the modus operandi of the band is simple.

“We play greasy rockabilly with witty lyrics. Songs about bourbon, truckers, and pretty gals. We guarantee you’ll have a good time,” he said,

And a good time is exactly what you’re going to get when the hard-touring band from Carbondale, Illinois hit the Newcastle Hotel on Saturday 19 October.

The self-proclaimed “best lookin’ band in all of Franklin County,” The Number 9 Blacktops are certainly no strangers to the road, having performed in more than 12 countries across nigh on 20 world tours.

They’ve recorded with the likes of The Supersuckers (Jim also has a side project with Supersuckers main man Eddie Spaghetti called The Franklin County Trucking Company) and Southern Culture on the Skids.

They also have had the honour of opening for rock and roll icon Chuck Berry no less than four times!

Their tubthumping brand of rockabilly has also been endorsed by the likes of Gretsch Guitars, Fender Amplifiers, Bigsby Vibratos, and Buffalo Trace Bourbon while the Blacktops provide the high-octane soundtrack for Harley Davidson stuntman Bubba Blackwell.

Catch The Number 9 Blacktops at the Newcastle Hotel on Saturday 19 October. get your tickets here.