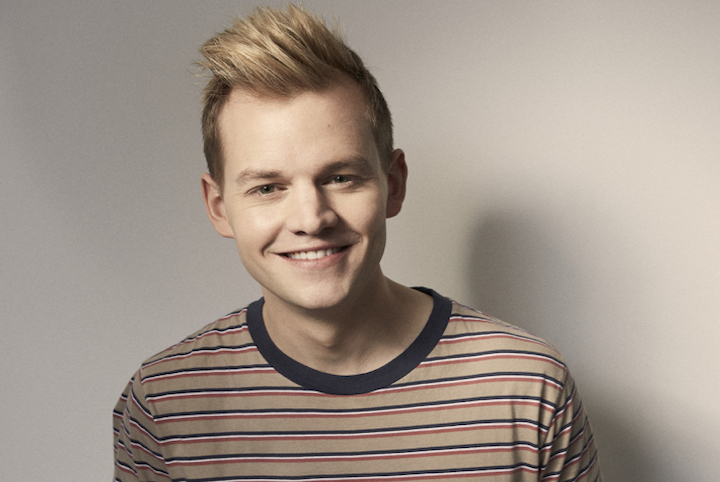 After a riotous turn at this year’s Spiegeltent Newcastle, funnyman Joel Creasey is coming back to do it all again!

Yep, that’s right the funnyman and SBS Eurovision host will be bringing his new show Messy Bitch to the funky little cabaret joint in Civic Park on Sunday 5 April.

The self-described “fame whore” has achieved his life mission to be a household name, sashaying down red carpets looking fabulous with several champagnes under his belt and with a prolific, enviable media presence (multiple TV
shows on nearly every network and one on Netflix thank-you-very-much!)

While Joel is certainly no stranger to appearing in front of the camera, it is when he is live on stage that he is truly in his element.

Unscripted, unfiltered and unencumbered, Joel will regale you with tall tales and true from his life in and away from the spotlight.

A word of warning, though. It will get messy because, like most of us, Joel Creasey is one Messy Bitch.

While the full line-up of delights is yet to be announced for Spiegeltent 2020, if last year’s iteration (Matt Okine, Carlotta, Dave Hughes, Wil Anderson, and the riotously camp cabaret Deluxe Deluxe) was anything to go by, this one is going to be a doozy!

2020 will see the welcome return of the brilliant Blanc De Blanc which resurrects the champagne-soaked bacchanal of the original, inviting the audience to pop a bottle and indulge their senses in a hedonistic swirl of live jazz, thrilling circus tricks, side-splitting risqué comedy, and death-defying acrobatics.

Also, it appears that comedian Heath Franklin will also be bringing his hugely popular tribute to Australia’s favourite crim Mark Brandon “Chopper” Read to the Spiegeltent on Friday 3 April.

Joel Creasey will perform at Spiegeltent Newcastle on Sunday 5 April 2020. head here for more info on all the Spiegeltent happenings.