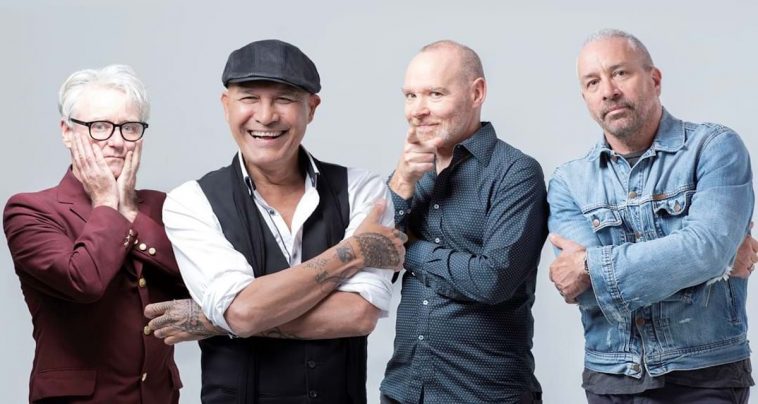 They are one of Australia’s best-loved bands and this June, Boom Crash Opera will be making a welcome return to our part of the world!

Yep, that’s right. The Onion Skin hitmakers will be hitting The Mezz Bar on Friday 11 June as part of their national Kick It Out Live 2021 tour.

With vocalist Dale Ryder rejoining the band in 2019, after a three-year absence, you can expect to see a reinvigorated Boom Crash Opera take to the Wallsend Diggers stage in both acoustic and electric mode.

Dale, along with Peter ‘Maz’ Maslen (drums/vocals), Peter Farnan (guitar/vocals) and John Favaro (bass/vocals) will delve deep into the annals of their back catalogue and more in a set that promises to be littered with obscurities and album deep cuts.

After pricking up more than a few ears with their self-titled debut, Boom Crash Opera really hit their straps with album number two These Here Are Crazy Times.

Upon its release back in October 1989, the album cut a swathe through the Aussie rock scene and made serious inroads for the band in the tough-to-crack North American market.

The album was certified Gold in Australia thanks to the plethora of hits contained within, including Dancing In The Storm, Onion Skin, Get Out Of The House and The Best Thing.