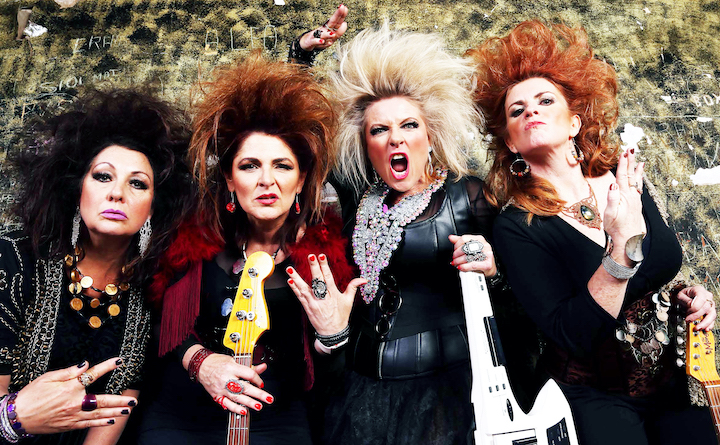 When Novocastrian rock behemoth Hot Flush announced two Lizotte’s shows this July, tickets flew out the door faster than you could say Legwarmers.

Yep, that’s right! Jojo, Lozzie, Preezie, and Suzie will blow the doors off the Lambton venue a third time on Thursday 9 September!

Fresh off a fantasy World Tour, Hot Flush will definitely be firing on all cylinders, bringing the stadium rock show vibes to Lizotte’s in an unabashed display of rock and roll swagger that would make Leather Tuscadero proud.

You can expect to witness a killer set featuring all the Hot Flush hits – Hot Flush, Legwarrmers, Rock Attack, Big Hair and Cheap Love – alongside a smattering of previously unheard musical gems.

Counting the likes of Today hosts Karl Stefanovic and Allison Langdon as fans, it appears that international domination is not that far off.

The clip for the band’s huge single Big Hair, directed by Erling ‘The Duke’ Gronhaug, has been named as a top-five finalist in the Funniest Music Video category at the Summer 2021 Portland Comedy Film Festival.

Catch Hot Flush at Lizotte’s Newcastle on Thursday 9 September. Head here for tickets, but get in quick to witness some Newcastle rock and roll hairstory in the making!