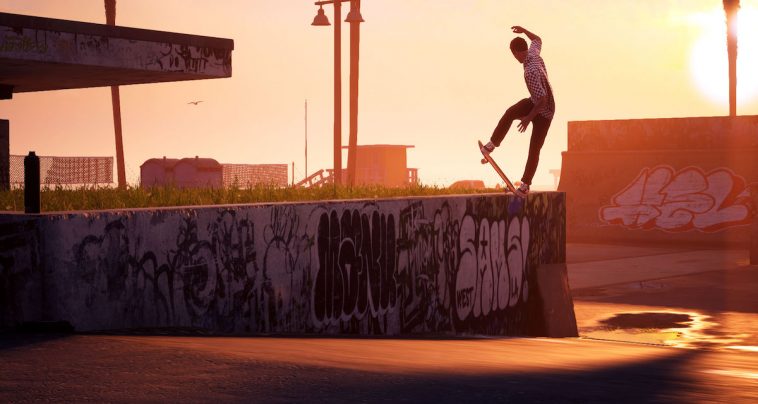 It seems that every second film and video game these days is a remake or reboot, making us wonder if we are currently existing in a nadir of culture.

A time where the gatekeepers of mainstream entertainment are apparently too afraid of the uncertainty of an untested formula, choosing, instead to reboot your beloved childhood film franchise or remake the game that had your seven-year-old eyes glued to the screen in an often cynical attempt to separate you from your cash.

Amid the brilliant (Final Fantasy VII, Saints Row The Third), middling (Resident Evil 3) and awful (Mafia II) comes a Tony Hawk Pro Skater 1 & 2 – a reimagining of the first two games in a franchise that set its titular character into the pop culture stratosphere, and gave millions of hands RSI thanks to some truly addictive gameplay.

Thankfully that addictive gameplay has carried over into this loving recreation from developer Vicarious Visions.

Imbued with all of the necessary modern tweaks (including a serviceable and fun multiplayer mode), THPS 1 & 2 both looks and plays like it was brand new for 2020 and it’s literally bursting with content.

Each of the game’s 16 -plus levels have been recreated to a tee and are packed with challenges bound to test your skating prowess.

Also you can choose from a roster of 20 skaters including eight modern skaters, to traverse these levels or create your own to make your mark.

All of the original cast though have had their likenesses redone for modern times, so if you choose Tony Hawk, for example, it will be a 52-year-old Birdman you will be piloting.

For this writer, who DEFINITELY spent way too many hours on both of these games “back in the day”, one of the main charms was tooling around these levels to one of the most banging soundtracks in gaming history.

There was something truly special about busting out a perfect Kickflip Superman to the strains of the Dead Kennedys’ Police Truck.

Thankfully, that same vibe is back with a huge soundtrack featuring the lion’s share of tunes from the originals as well as a literal album’s worth of new stuff from the likes of Alex Lahey, Baker Boy, DZ Deathrays, Billy Talent and A Tribe Called Quest.

If you played these games in their original format, then you are going to have an absolute revisionist blast with THPS 1 & 2. Also, developer Vicarious Visions have updated this iconic format just enough so that newcomers to this long-running franchise will also feel right at home.