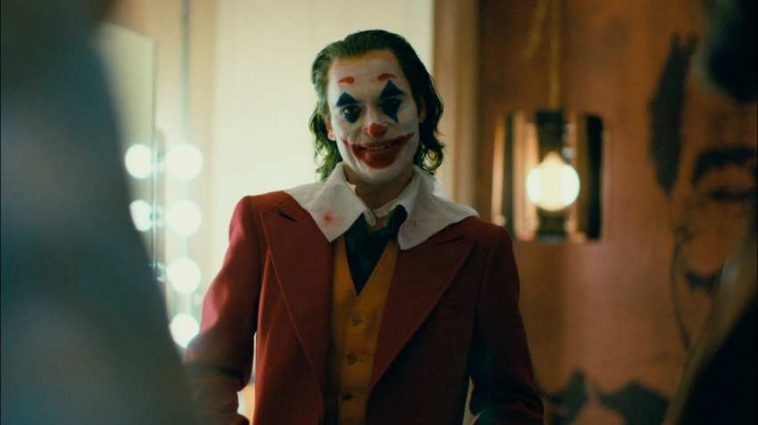 It’s been ten years since the Joker last appeared on our big screens and it was our very own Heath Ledger who made the role his own. Garnering a posthumous Academy Award in the process, many argue no-one will ever be a more convincing Joker.

First, it must be noted that this current Joker incarnation is a standalone origin story. It’s loosely based on the DC character and that’s where the similarities end.

Arthur Fleck (Phoenix) is a sad, isolated, anxiety=ridden and deeply disturbed man who still lives at home with his frail bed-ridden mother Penny (Conroy). He’s a clown-for-hire by day but dreams of being a stand-up comedian.

Fleck is heavily medicated and relies on state welfare for not only his variety of medications but his therapy sessions as well.

However, Fleck is astute enough to understand that he needs his meds to cope with his pathetic existence and that his therapist doesn’t really give a shit. When the therapist announces they’ve lost funding and this will be his last session, you know it’s all going to go very wrong, very quickly.

This brings me to Gotham City. Gotham is a sad, dark place in the middle of a garbage collection strike that’s seeing the city overrun by giant rats.

A metaphor for the corrupt politicians who control the city, these officials see their less fortunate citizens as problems that need to be dealt with. Their actions and language do nothing to suggest otherwise.

When three rich, white, privileged and entitled young men are murdered, and the rich, white politicians start to spew forth about this awful tragedy (I’ll let you read into that what you want), you know this is just a powder keg just waiting to ignite.

If you’re expecting just another DC comic origin story, you won’t enjoy this movie, so best to stay away.

If you’re thinking of letting your kids see this one during the school holidays, think again. Not because it’s particularly violent or ugly, just they’ll be bored.

There were three young teens in my screening and within an hour, they were on their phones and running up and down the stairs.

However, if you’re there to witness Joaquin Phoenix give a heartbreaking performance as a man succumbing to his own mental illness, of his descent into his madness, you’ll be justly rewarded.

Phoenix has undergone a Christian Bale in The Machinist type of physical transformation. And I think he’s had a broken shoulder because it’s slight crooked and this only adds to his rail-thin, malnourished physique. Which is just a physical reflection of his state of mind, anyway.

This movie won’t be for everyone so choose wisely. But expect to see Phoenix get another Oscar nod. And let’s hope it’s his turn this year.