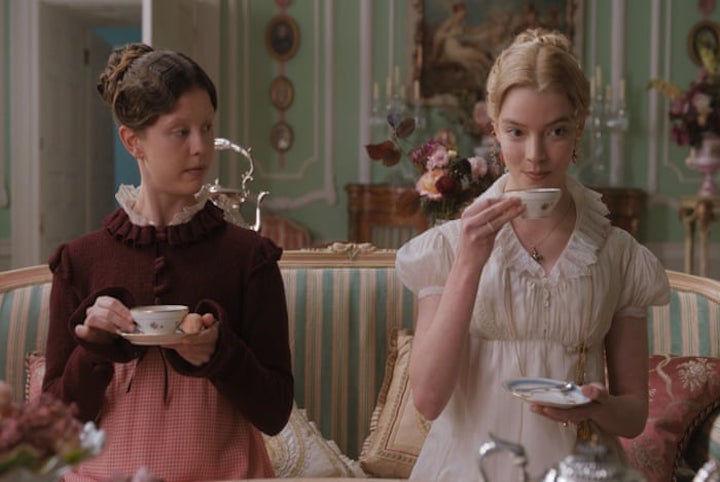 Jane Austen is one of the most celebrated and revered novelists in English history, even though she only penned six complete novels in her short life.

Her books continue to sell and be included in school curriculums the world over. And for good reason. They are almost perfect studies of the British landed gentry in the late 18th and early 19th centuries, all through the eyes of a young woman.

That’s also why we continue to make movies and TV series inspired by her writings.

Emma, one of Austen’s most nuanced yet unlikable heroines, continues to prove most popular. Her character, that of a meddling young woman who feels obliged to guide the romances of those around her, despite the fact she manages to make it all go so incredibly wrong, speaks to young women across all the generations.

They also continue to speak to old Austen tragics like me. What can I say? I love me some Jane Austen <3

In the last 25 years alone, we’ve had two major big screens adaptations of the novel. In 1995, we had the teen comedy Clueless that brought the character of Emma, renamed Cher, well and truly in the 21st century. Then in 1996, the more traditional British drama offering of a movie of the same name starring Gwyneth Paltrow as the titular lead.

Both movies have rightfully moved into cult status, particularly the poor little rich girl Cher who’s inspired countless memes. Most notably, her ‘As if’ quip has made its way into the modern lexicon.

So how does this shiny new movie measure up?

Make no mistake, this new imagining of Emma and her cohorts, like the 90’s Cher, is very modern. Naturally, the opulent period costumes, sensibilities and words may cause you to think differently before you see the movie, but this Emma is very much the millennial girl.

Watch the very end of the trailer as she flicks open her carriage window to deign to chat with the much aligned Miss Bates (played with heartbreaking perfection by the fabulous Ms Hart) if you need proof of her modern demeanour.

The sets and costumes reminded me very much of Sofia Coppola’s 2006 Marie Antoinette, starring Kirsten Dunst. The bright pastels, the whimsical furnishings and the enormous and equally pastel-shaded cakes and desserts on offer at any social gathering, all seemingly paid homage to Coppolas’s movie about the tragic young Queen of France.

If you love Jane Austen, no doubt you’ll already be planning to see this movie. And you’ll love it if you’re not expecting British period drama 101.

For those unfamiliar with either Austen or her frustratingly interfering young heroine, this movie is a lovely place to start.

But just a word of caution, the book is always better.

ALSO ON NEWCASTLE LIVE
WHEN ART MEETS TECH: A touch of VIVID comes to Charlestown!
CAKE BOSS: Where to get the sweetest creations in Newcastle…as voted by you!
WRITE ON: Newcastle Writers Festival launches massive 2020 program
SAVE THE DATE: Holy Holy to bring a pool of light to Newcastle in April