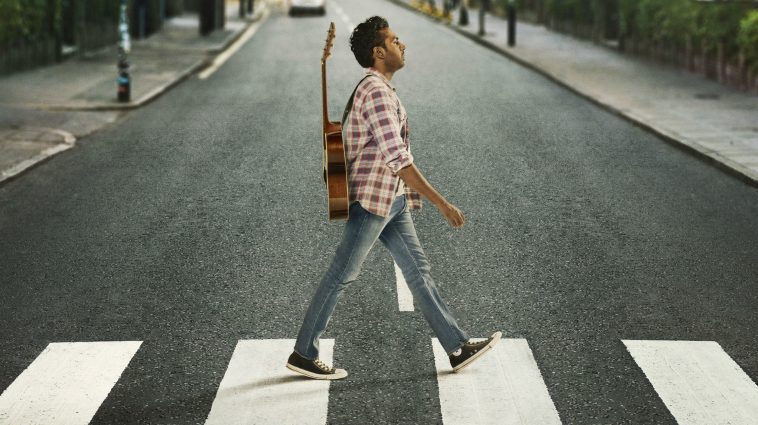 Imagine you’re a talented but struggling musician and one day, you wake up to find nobody has heard of The Beatles. Well, that’s the plot of this new movie from director Danny Boyle.

One night, the entire planet experiences a 12-minute blackout and during this time, Jack (Patel) is hit by a bus. He wakes the next morning with some minor injuries, a few missing teeth and his manager and friend Ellie (James) hovering by his bedside, ready to take him home.

After being released from hospital, Jack and Ellie meet their closest friends at the pub for some fun that includes a few beers and some merciless mocking of Jack’s injury. During the afternoon, he sings Yesterday to them and it is here it slowly dawns on him that The Beatles have never existed.

Of course, he starts ‘writing’ songs that eventually lead him to the verge of super stardom.

Should I watch it:

The movie starts out well enough. Of course, there is the music. Who among us doesn’t love at least a few Beatles songs? And if you’re over 18 and haven’t participated in a loud, off-key, drunken rendition of Hey Jude at 3am…..are you even alive?

Patel and James are engaging and endearing leads, and the story is a fun and interesting idea.

Okay, so I feel it would be remiss of me as a fellow writer to not point out that local author, Nick Milligan, wrote and self-published a book called Enormity back in 2013. While I have yet to read the book, the similarities between the blurb for Enormity and this movie’s central plot are uncanny. There was some press around this story a few months ago and, as mentioned,

I have yet to read the book so I won’t comment any further other than to link to Nick’s book and encourage you to support a local author and make up your own mind.

But back to the movie…

While the music and premise are good, once Jack decides to follow his dreams of being a superstar, things start to go awry. He constantly struggles with what he is doing, that he is faking it all and for some reason, he races back to Liverpool to try and gain insight into the music of The Beatles. Just odd.

The relationship between Jack and Ellie is messy and badly written. It’s almost like an afterthought, written at the 11th hour after negative test screenings. All very contrived and, considering the female lead is the eternally adorable Lily James, and she does have a lovely on-screen chemistry with Patel, I’m at a loss to explain.

Throughout the movie, Jack will also discover a few other things missing from this new world but, it’s all random and serves no actual narrative purpose. Maybe the screenwriters were trying to work with another story and just, you know, weave in some other stuff.

This is one for your mum and dad, or grandparents, depending on how old you are. If you yearn to hear The Beatles music on the big screen for almost 2 hours, again, go and take a look.

I wanted very much to enjoy this movie but, for the most part, it lacked a heart and a soul. And this is down to the writing because the actors all did the best they could with what they had.