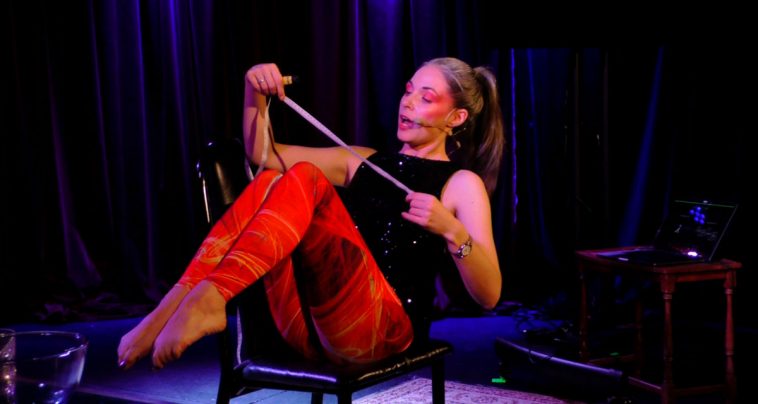 After taking home the Science at the Fringe award for the best science show at Adelaide Fringe, Rachel Rayner is bringing her performance, A Flying Photon to Newcastle and Maitland audiences on the next leg of her Australian tour in April.

The show promises an ‘amalgamated mess of comedy and discovery’ – as our host, science communicator, performer and poet Rachel Rayner takes us on a tour of the electromagnetic spectrum. Along the way, we stop for experiments, puns, poetry, and a whole lot of glitter.

“I love light and I’ve written a few kid’s shows about it – but I wanted to share all my nerdy light appreciation with a wider audience. We are all using light all the time but in lots of ways that many of us don’t even know about!” Rayner said.

She was first inspired to turn her hand to the fringe-festival stage by Melbourne based science comedian Alanta Colley, who brought her sold-out bee-themed show Days of Our Hives to Newcastle last year. With National Science Week (held every year in August) hosting sold-out all-ages events annually, and the global Pint of Science (May) festival growing in popularity each year, stage-science is fast becoming its own genre.

“Whether you’re communicating science to stakeholders as part of a big industrial project, or to 7-year olds on a school excursion, there are a lot of the same skills involved,” Rayner said.

“So why not take the sparkly and fun bits from the school excursion side, mush them up with some of the more advanced stuff and add in some comedy to make it into a stage show for grown-ups to enjoy?”