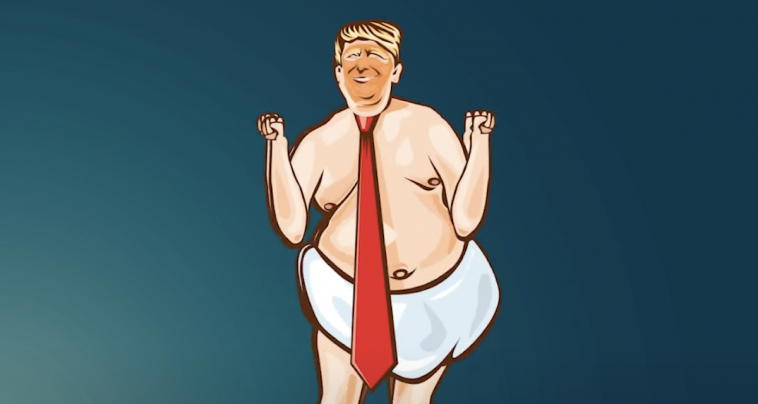 Hot on the heels of their 2020 love-letter to eggy civil disobedience, no fooling Newcastle musical institution The Porkers are back, and this time around they have none other than Donald Trump in their upstroked sights.

Yep that’s right! The band dropped their latest single Big Baby Man over the weekend and in case the title wasn’t enough of a clue the track takes more than a satirical pound of flesh out of the much-maligned reality star and insurrection enthusiast.

Like you would expect, the track bounces along with infectious ska-infused energy while never once taking itself too seriously.

And long-time Porkers fans will be stoked to know that the track was co-written by frontman Pete Cooper and foundation Porkers/Pork Hunts guitarist Richard “Pucko” Puxty.

Check out Big Baby Man Below

Obviously, the human Cheeto presents a pretty wide target for satirical fodder so it comes as no surprise that the lyrical inspiration came thick and fast for Pete on this one.

As he explained on Facebook: “This was literally the fastest song we’ve ever written, recorded, and released.

“I literally wrote two of the verses last Saturday and recorded them straight away and it was released within a week. And the band has never played this song together in the same place.”

Big Baby Man is out now and available here and here. Stay up-to-date with all Porkers happenings here.