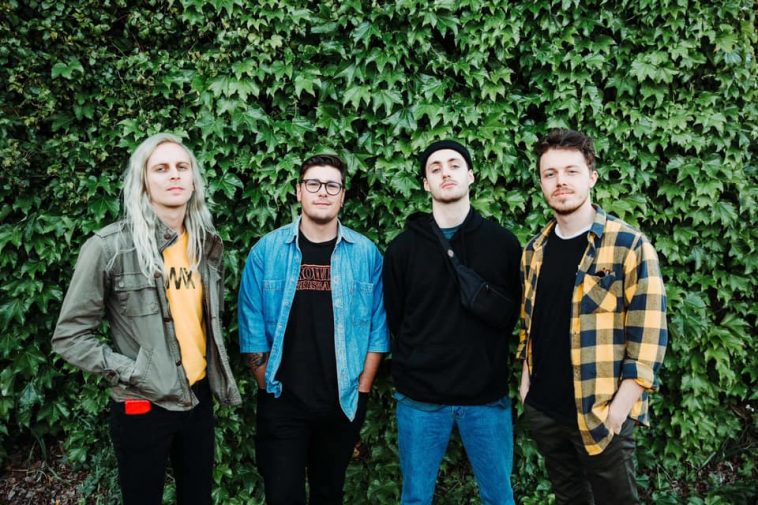 It may have been a long time between drinks for Newcastle’s Introvert, but don’t go thinking they’ve been resting on their laurels.

Their last recorded effort, Old Taste dropped back in 2016 and after a slew of touring and inking a deal with Melbourne-based indie label UNFD, the lads are gearing up o drop some fresh sounds on our ears.

The band is set to release their latest EP Mending Breaking this week and guitarist/vocalist Audie Franks told Newcastle Live the band couldn’t be more excited.

“We’re so stoked to finally be at that stage of releasing new stuff,’ he said. “It has been a long time and we have been pretty quiet on the recording front for some time but hopefully it will be worth the wait.”

Well, judging by the reception the EP’s three singles – Dreamer, Mending Breaking and All I Know have been getting around the traps it seems that Introvert is on a winner with this one.

“The whole EP revolves around the idea of self-loathing and knowing you’re in a rut and you need to get out,” Audie said.

While the new EP revels in the same driving sound and urgency that Introvert is known for, Mending Breaking is a much more mature and focussed effort from a band that has been cutting their teeth rigorously on the live circuit – something that Audie said contributed to the protracted time between releases.

“With Old Taste we gave ourselves a very strict timeline – it had to be out next week,” he said.

“But with this one, we wanted to give ourselves a lot of time to write because we were originally writing for an album. But we have been touring a fair bit and that’s one thing we can’t really seem to do as a band – write on the road.”

With the release of the EP imminent, while there are no Newcastle shows announced as yet, Audie said that it’s definitely not out of the question to expect a local show before too much longer.

“We’ve got a few tricks and surprises up our sleeves for 2020 which we don’t want to say too much about yet, but there will definitely be a Newcastle show or two,” he said.

Mending Breaking is out on Friday 21 February.