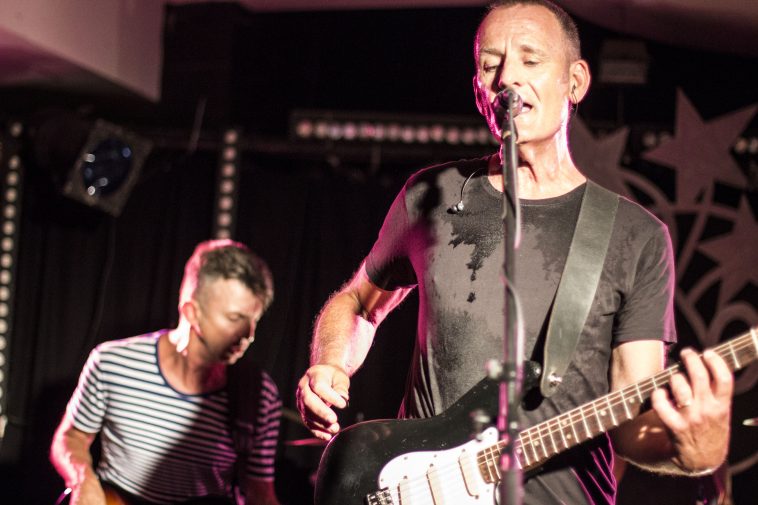 They are the legendary Newcastle rockers who will be performing their swansong at a sold-out show at Lizotte’s next week.

But if you missed out on tickets to Heroes final gig, never fear because the boys will be hitting up the Beach Hotel in Merewether THIS SUNDAY as a bit of a ‘warm-up’ for the Lizotte’s show.

Members Pete De Jong and Jim Porteous were already booked to play the venue with their three-piece The Smarts and it seems like the opportunity was too good to pass up.

Taking to their Facebook page, the band announced: “Heads up that Tinno and Screen will be joining Pete and Jim for a set at the Beach Hotel Merewether this Sunday Sept 15th.

“It’s a little warmup for our final sold out gig at Lizottes on Sept 19th. So if you missed out on tickets and you’re keen to catch Heroes live for the last time, swing by the Beaches from 6.30 this coming Sunday.”

When it comes to the long and storied history of Newcastle rock and roll culture, few loom as large as Heroes.

Heroes formed in 1976 when ex-Rabbit members Mark Tinson (guitar), Jim Porteous (bass) and Phil Screen (drums) cast their off their glam rock outfits and parted ways with their singer Dave Evans (AC/DC’s first frontman) and, along the way, recruited a young man by the name of Peter de Jong.

The band’s turn at the Star Hotel on the night of the infamous riot in 1979 now stitched into the fabric of Newcastle culture. Their debut, self-titled 1980 long player propelling them into the national consciousness via chart success and appearances on the legendary ABC music show Countdown.

Make sure to get along to The Beach Hotel from 6.30pm THIS Sunday for this not-to-be-missed show!