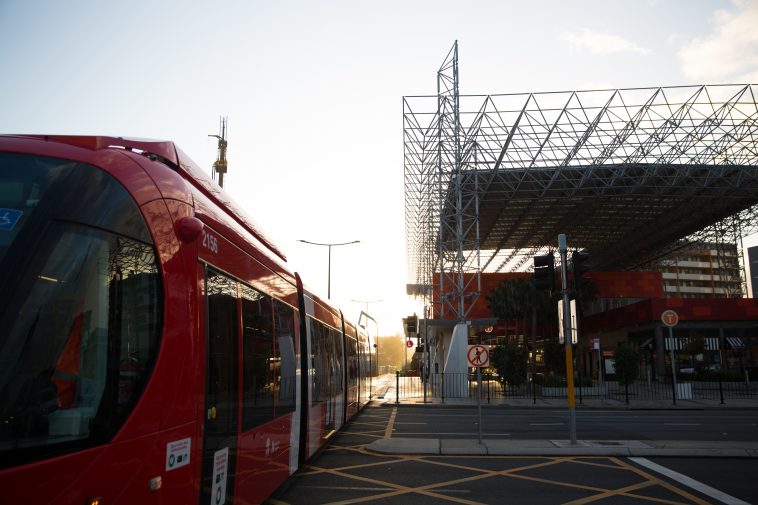 Trams are heavy and dangerous errybody and you are not invincible

There has been a lot of strange footage floating around the social media networks in the last few days and quite frankly I’m pretty darn baffled.

This footage has to do with some very (VERY) near misses and downright ridiculous behaviour in the battle that is Novocastrians vs. the light rail.

Now I know that many locals were opposed to the light rail in the beginning, and yes sure, some are still very much on the fence but… come on guys, there are much better ways to voice your opinion.

Take contestant number one for example, whose pram was nudged (how you can use the word nudged after it‘s followed by something that weighs around 50 tonnes is beyond me but anyway) by a tram has totally blown me away.

The tram is bright red, people! And you can not (and most definitely should not) be stopping progress with a pram. The youth are our future after all.

Another strapping young lad was apparently caught throwing his weight behind his quest to slow progress and gentrification by literally hanging off the back WHILST THE TRAM IS IN MOTION. What the actual flip?

Surely as a town, we’re not that collectively stupid. Right? Well, wrong because so many people have been caught doing weird-ass things near, on, around and most likely in the tram.

If you’re really that opposed to the tram 1) catch up sweetie because progress ain’t going nowhere and 2) write a letter, stage a protest, don’t be a muppet and wipe yourself out in the process or worse still cause an accident and ruin, not just someone’s day but theirs and your life forever.

Let’s respect the thing that weighs 50 tonnes and realise we aren’t superheroes. Although I feel like not even superheroes would mess with a 50-tonne tram, but I’ve never been into this Marvel business so how the flip should I know?