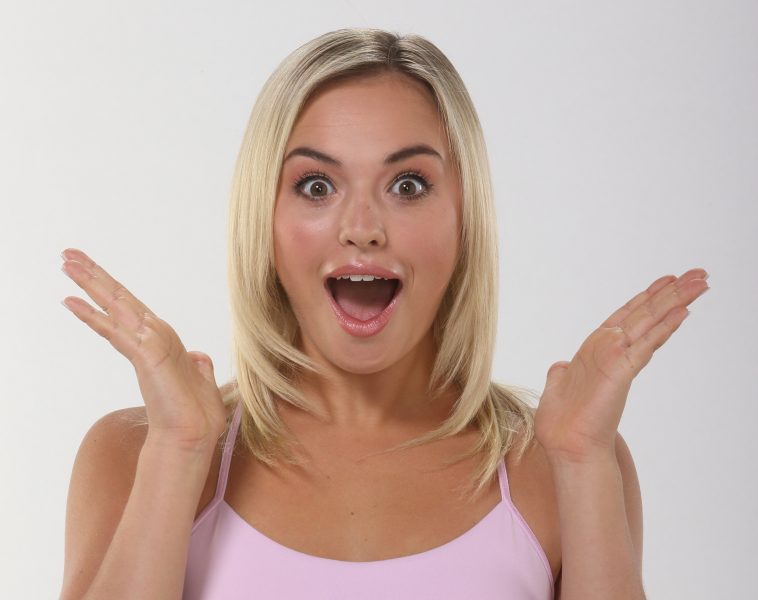 I recently spoke with Victoria Baldesarra who plays Michelle in the hit TV show The Next Step, to ask her about the upcoming Australian Next Step tour which will include the Civic Theatre on Thursday 19 September.

After telling her that I have seen every episode in every series twice and that her character is my favourite from the show, she returned the compliment by telling me that I have the sweetest little voice.

Her is my interview with Victoria.

What was your inspiration to become a dancer?
I started dancing when I was three and it was because I was a very rambunctious kid and I always danced around the house so my parents said ‘well why don’t we just put her in ballet,’ and I fell in love with dance right away.

I feel like I always excelled at dance – it made me happy and it has always kind of been my therapy. I still remember me as a little girl in my first dance class and I feel like from that moment on it has just continued to inspire me to dance.

How did you get involved in the Next Step?
So my local dance studio in a pretty small town in Toronto, Ontario (Canada), there was an open casting call but they didn’t give any details so we didn’t even know the show was going to be on Disney and my dance teacher basically said I think you should go and I think you’d have a good shot at making something happen.

It was a long audition process and basically, I went in with a room full of 200 dancers and over 1000 dancers auditioned in one day. They asked us to freestyle dance and if they liked us they asked us to do mini improv skits for acting and then the next day I had a callback and the next day I did an onscreen test with other people they had chosen and the show was picked up a year later by a couple of different networks who really loved the pilot episode that we filmed.

What is a normal day for you?
Every day is so different, my life is so up and down with filming and touring and rehearsals and so on so the days can be If I am going to the film set it is a very long day as you are there from 6am till 7pm.

When I am not on set I general like to wake up around 8 or 9am, not too early bit not too late, I have a good breakfast and ideally I like a good workout. I’ve been doing a lot of hot pilates lately as it includes a lot of techniques that dancers use.
But If I am not going to set I love to grab lunch with friends, talk creatively with friends who work in the film industry and are always developing scripts.

If I’m not doing that I am auditioning or I’ll do a self-tape and I usually like to go to an open dance class I love to wind down by watching a movie or a show before bed, which is always my favourite part of the day.

Nothing crazy and every day is very different and I try to stay busy when I can.

What gives you the most joy through the movement of dance?
Honestly, I think performing for fans like you. I know that we have so many fans globally, the feeling of performing for our fans and even the fact that we do have fans through our dance TV show is incredible, so that’s what gives me the most joy. Just making people happy through my art, which is really fun.

Have you ever been to Newcastle?
Yes, I have actually one time before on tour.

What did you like about it?
Honestly, it was my first show on the tour, it was 2017 and oh my gosh you guys, the fans were so loud, so energetic and the theatre we performed in was really, really cool too. So that was probably my favourite part. I didn’t get to see the city that much but it was just so fun to perform for such amazing fans.

There are going to be a lot of interactive moments where you guys will be able to ask questions and a couple of other things happening but I don’t think I should tell you, I think there are some surprises.

Like, everyone’s trained with technique which would blow any person away, so I think that’s the best part, plus we have a lot of good music and some fun parts for younger audiences, for older, and families to come out and see a really fun and interactive show. just amazing energy overall.

Any advice to people who want to follow in your footsteps?

That’s a really good question. I would just say to always persevere, no matter what people say.

I have been told unkind words in this business, like your not gonna make it or body shamming. but I really think that if you believe in yourself, everybody else will believe in you. It just takes you to be confident and to continue to work hard every single day.

Next Step: Absolute Dance will be on at The Civic Theatre on Thursday 19 September. Get your tickets here.

April Rose Contempree is a 10-year-old Next Step SUPER FAN!