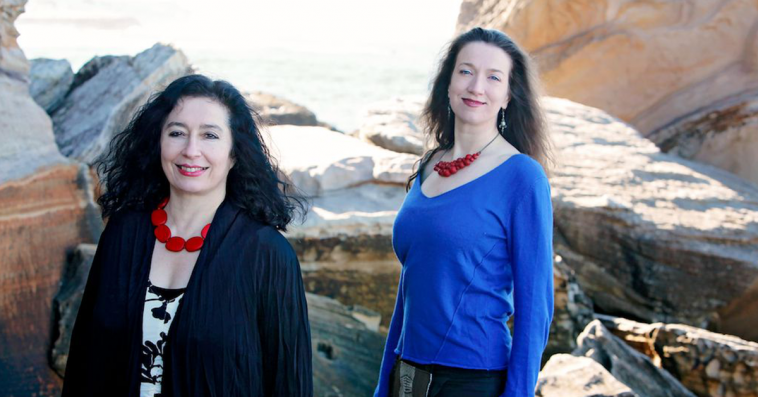 Newcastle flautist Sally Walker has performed with notable orchestras and ensembles around the world. But the local flautist says her upcoming performance with Omega Ensemble at the New Annual represents something extra special.

“As Newcastle is my home, it is extra special that the loyal and passionate Novocastrian audience will be the first in the world to hear a new work by one of Australia’s most celebrated composers and also my dear friend, Elena Kats-Chernin,” says Sally.

Omega Ensemble will return to Newcastle to give the world premiere of ‘Night and Now’ at Newcastle City Hall on Saturday 20 February as part of the new 10-day cultural festival, New Annual.

Not only will Newcastle be treated to the world premiere of Kats-Chernin’s new Flute Quintet played by Sally Walker, but they’ll also be the first to hear Omega Ensemble perform live since the global pandemic forced the cancellation of concerts in March 2020.

“With a city Newcastle’s size, there is enormous potential for everyone to get involved and enjoy festival fever. I am very much excited by a festival that brings together all art forms, being added to Newcastle’s fine existing festivals for one art form, and I am also looking forward to showing my Omega Ensemble family my favourite cafés, beaches and other beautiful places to visit. Hopefully, a dolphin sighting too!” says Sally.

The performance will also feature acclaimed concert pianist Clemens Leske, whose career has seen him perform with all of Australia’s professional orchestras, and many notable international engagements. Leske will be performing a new arrangement of Chopin’s Piano Concerto No.1, on the new $287,000 Steinway D-274 concert grand piano, purchased for City Hall by Newcastle council in 2019.

“It’s just wonderful to return to live performance after so long. I think performers and audiences alike are thirsty for this occasion!,” says Leske

The Ensemble has also pledged to help musicians and performing artists whose livelihoods have been affected by the pandemic, by donating 10% of proceeds from ticket sales to the Freelance Artist Relief Australia.

Omega Ensemble’s ‘Night and Now’ will premiere at Newcastle City Hall on 20 February followed by performances in Sydney, Melbourne and Penrith.