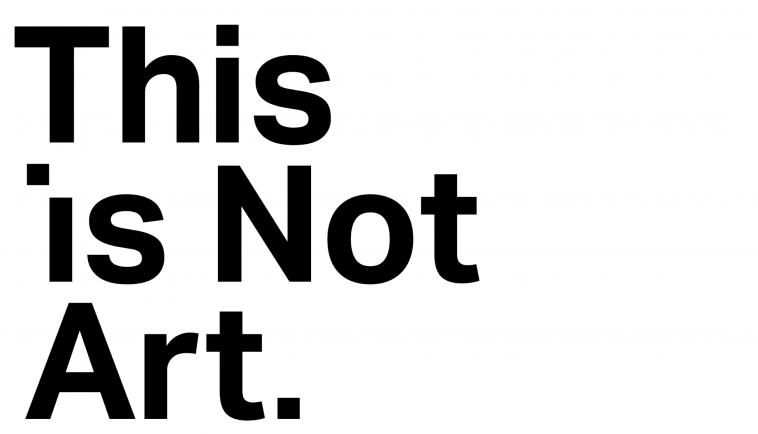 Now in its 21st year, This is Not Art (TiNA) festival has today announced its lineup for 2018.

The festival will again deliver an exciting lineup of dynamic emerging arts for audiences to devour. The lineup includes a mix of established names, noteworthy newcomers and special guest appearances.

The four day event will run over the September long weekend from the 27th to 30th with a focus on artistic expression through mediums such as theatre, writing, music, poetry and installations.

“This year we wanted to extend the spotlight to local musicians who are making waves in Newcastle’s music scene,” she said.

This Is Not Art maintains its standing as a free event with inclusive programming making the festival accessible to all.

“We facilitate arts practices and programming that encourages artists from a diverse spectrum of backgrounds to express themselves at TiNA,” said Ms. Robberds.

2018 will once again welcome the support of the University of Newcastle as Principal Partner, alongside the NSW Government through Create NSW.

“The University of Newcastle has been a consistent supporter of our vision for creative arts in the city,” said Ms. Robberds.

“This year we’re opening more pathways for students to get involved and discover their creative potential at TiNA.”

This Is Not Art will also partner with key Newcastle cultural institutions to deliver the festival including Newcastle Art Gallery, Newcastle City Library, Watt Space Gallery and The Lock-Up. The festival precinct will be centred around these venues in 2018.

We Don’t Dance
We Don’t Dance is a local music and collaborative arts collective that aims to showcase the talent of local musicians and bands, especially those who experience marginalisation in the music and arts world.

James Colley
James Colley is a writer for The Weekly, Gruen and Tonightly on ABC TV, and creator of SBS Comedy’s The Backburner. He has performed at Splendour In The Grass and had multiple sold-out seasons at The Sydney Comedy Festival

Gina Rushton
Gina Rushton is a reporter at BuzzFeed News, previously a journalist at The Australian and has been published in the Saturday Paper, Meanjin and the Lifted Brow.

Carlin McLellan
Carlin McLellan is a composer and registered music therapist from Newcastle who also makes dream pop and ambient music. For Critical Animals 2018, Carlin will be presenting his interactive musical work, Collaboratory.

** The full festival program will be released in late August.