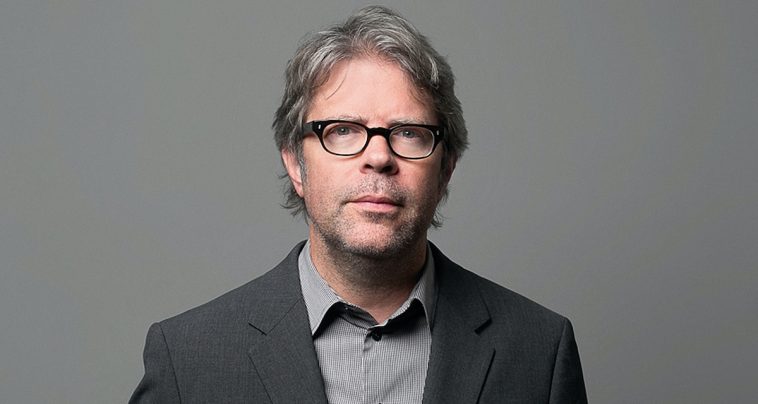 The online event is on Tuesday 5 October from 7.30pm and will take the form of a conversation between Johnathan and ABC Radio’s Sarah Kanowski in which the novelist will discuss family, America and where the modern novel is headed.

Crossroads, Jonathan’s upcoming sixth novel, is the first in an ambitious new trilogy A Key To All Mythologies.

A sprawling family saga spanning three generations, Crossroadsserves as a foundation for a sweeping investigation of human mythologies, as the Hildebrandt family navigates the political, intellectual, and social crosscurrents of the past 50 years.

Bursting onto the scene in 1988 with The Twenty Seventh City, a complex satirical. triller set in his hometown of St Louis, Jonathan’s sharp observations, and vivid characters gained international acclaim with the publication of his 2001 novel The Corrections.

Widely considered to be one of the greatest novels of the 21st century, The Corrections was awarded the 2001 National Book Award, the 2002 James Tait Black Memorial Prize, and was shortlisted for the 2002 Pulitzer Prize for Fiction.

You can also support an awesome local business by pre-ordering your copy of Crossroads from McLean’s Booksellers for $32.99 (+$9.95 postage or free if spending more than $60).

Viewing instructions for the event will be sent directly to ticket buyers.