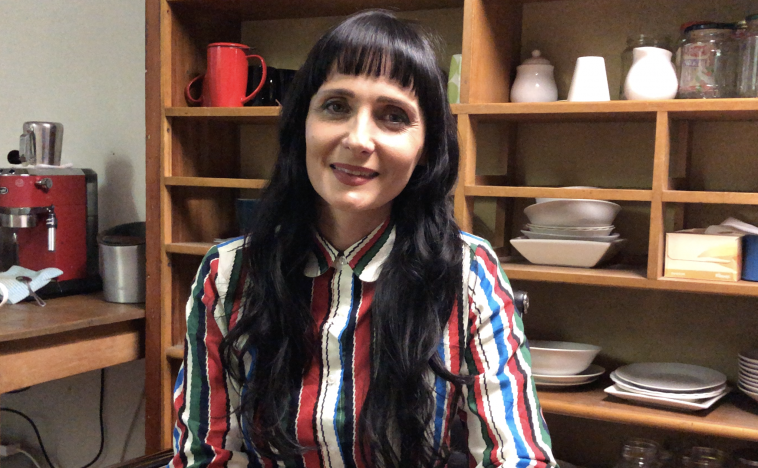 It may have been a long time between drinks for Newcastle songwriter Amy Vee, with her last album Fits And Starts dropping in 2013, but as the old saying goes ‘good things come to those who wait.’

The ‘good thing’ in question is Amy’s sophomore album Same Skin – a beguiling and beautifully lilting 10-track slab lead by the lush single Paper and Wood.

Speaking to Newcastle Live, Amy said the album was very much a sonic reputation of the water that had passed under her metaphoric bridge since Fits and Starts.

Check out Amy Vee performing the album track I Am The Fire exclusively for Newcastle Live below.

“I feel like this album is a bit darker but there is also a maturity about it,” Amy said.

“A lot has happened in my life since my last record – I’ve now got two children there’s been a lot of ups and downs – I’ve lost people I was close to and other big life stuff and I think you can hear that. I’m not trying to capture that stuff I think it just comes out on its own.”

Amy added that she felt the secret to a successful album was that it was an accurate document of the artist at that point in time – something she has definitely achieved on Same Skin.

“For me, the measure of a good album is something that represents a particular moment in time really accurately and I feel that’s what this album does,” she said.

“It captures who I am, what I stand for and the things that are important to me.”

This time around Amy and producer Gareth Hudson took a more ‘explorative approach to the songs’ something she said was borne out of a successful crowdfunding campaign.

For me, the measure of a good album is something that represents a particular moment in time really accurately and I feel that’s what this album does.

“I reached out to my supporters and said ‘I’m thinking about putting out an album, what do you think?’ People seemed to get behind the ide so I set up a crowdfunding campaign which thankfully raised enough money to allow us to record the album in full,” Amy said,

“Given that we already had that setup, it meant that I could just go into the studio and do a completely immersive thing.

“I didn’t come in with fully formed ideas which I had sone in the past. This time around we got to play and experiment a bit more and Gareth is so brilliant at that – it’s his forte.”

With Same Skin now out in the ether, Amy is gearing up for a national tour that will see her play an intimate show at the Royal Exchange Theatre in October.

“I’m really looking forward to getting out on the road and seeing what these songs sound like in a live setting,” Amy said.

“We’re starting to rehearse some stuff now and I think wit’s going to be really special.

Catch Amy Vee at The Royal Exchange Theatre on Sunday 20 October. Get your tickets here.

Same Skin is out now.