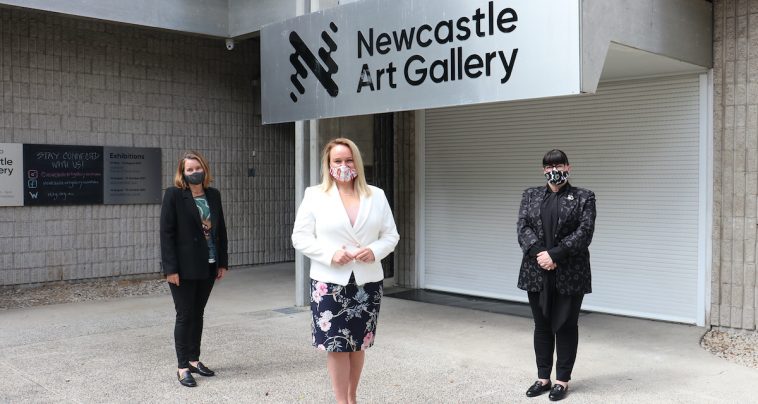 Foundation members, last week, unanimously endorsed the MoU which would see CoN contribute $12.6 million to the proposed $36 million expansion, with the Foundation contributing $10 million as well as committing to fundraise a further $2.5 million.

“The Foundation is proud to contribute $10 million to the gallery expansion, made possible through generous contributions from the community and supporters over many years,” she said.

“The MoU between the City of Newcastle and the Foundation also provides certainty and assurance to future donors before committing contributions to the project.

“The MoU outlines how the major funding partners will work together, as well as the Foundation’s aspiration to raise an additional $2.5 million. By aligning this target with the City’s commitment, the Foundation is in a strong position to approach existing and new donors to secure the remaining funds needed to complete the expanded gallery.

Newcastle Lord Mayor Nuatali Nelmes said the MoU was another important milestone on the road to realising the expansion project which would double the size of the gallery and allow significantly more of its collection to be displayed to the public.

“[The Foundation’s] members are passionate about the future of the Gallery and are dedicated to increasing access to the 7,000 works it holds.,” Cr Nelmes said.

“City of Newcastle’s planned expansion project will achieve this aim, providing an additional 1,600 square meters of exhibition space including dedicated areas for the Gallery’s collection on the lower level, while the upper level will cater for a variety of travelling exhibitions, including international shows.”

CoN is also awaiting word in regard to an application for $10 million under the Federal Government’s Recovering Regions funding program, which would allow the expansion to commence immediately.