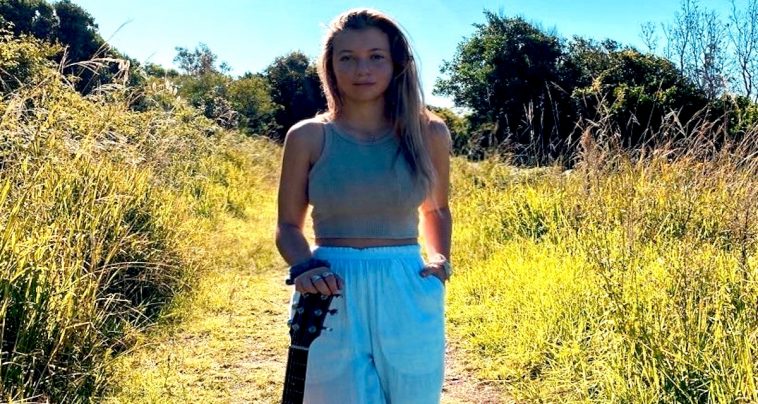 Listening to Bree Rusev, you could be forgiven for thinking that she was much older than 17.

The Newcastle singer-songwriter, with her debut single Coastline, displayed a whip-smart folk-pop sensibility and lyrical maturity way beyond her years.

Well, Bree is definitely keeping that “duck-to-water” vibe going with her latest single Drift which dropped on Friday.

Where Coastline was a sunny-yet-delicate track, almost purpose-built for a whiling away summer hours soundtrack, Drift is a meditation on the importance of being present in your own life.

Check out Drift by Bree Rusev below

“I created a story in my head that is about how people can kind of get lost in their own thoughts and feelings without appreciating things around them,” Bree told Newcastle Live.

“It’s about someone having the realisation that life happens and everything goes the way it’s supposed to in the end.”

The song is still imbued with the same folk-fragility that recalls the likes of Lisa Mitchell and Julia Stone, and this time around Bree enlisted the services of mixing maestro Gareth Hudson (Ben and The Sea, Briggs, Hilltop Hoods) to add the final flourishes.

“He threw some awesome new ideas at me that I never really thought of which were really really nice – like some of the synth and percussive sounds,” Bree said.

“He really brought it all together really well and added a kind of film quality to the song.”

Bree said that after years of creating using other people’s music, when she was 14 she decided to pick up an instrument and make her own.

“I first piucked up guitar basically because I wanted to try something new,” Bree said.

“I had danced my whole life before I started playing music and I’ve always loved learning new things so, I picked up a guitar.

“I feel like writing music is a really great way to express your thoughts and feelings. It’s really nice and songwriting is kind of like a journey that never ends.”

Bree said that she is hoping, once restrictions are a thing of the past, to get out and play as many gigs as humanly possible, but in the meantime she is planning to release a couple more singles in the near future.

“I just really want people to relate to my music, listen to the lyrics and maybe put their own interpretation on it.”

Drift is available to stream and download now. Head here to keep up-to-date on what Bree Rusev is up to next