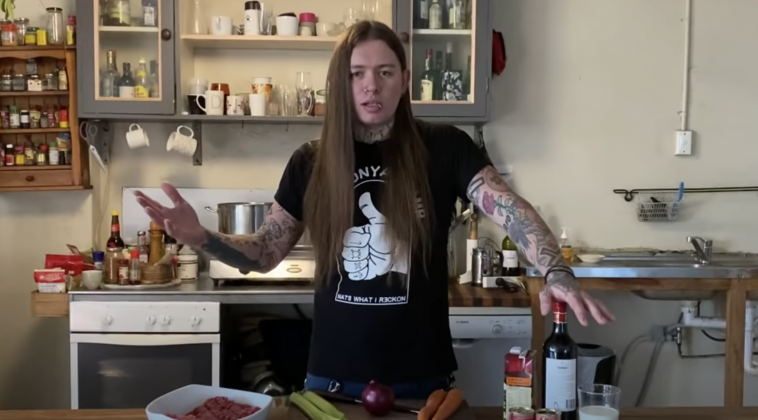 The sardonically ‘ocker’ Aussie YouTube sensation Nat’s What I Reckon has been causing quite a stir of late thanks to his hilarious but informative cooking shows.

Now the hirsute comedian has teamed up with the Cancer Council for a special live cook-along fundraiser this week.

Streaming live from the Cancer Council NSW’s Facebook page from 12pm on Thursday 28 May, Nat will be giving you the inside scoop on how to make the perfect pancakes in his own inimitable style.

All you need is a mixing bowl, a pan, a sieve (not a deal-breaker if you don’t have one) and the following ingredients:

Nat is aiming to raise $1000 for the Cancer Council and there will be plenty of opportunities to donate on the day.

Nat has been building up quite a following over the last decade with his unique brand of tongue-in-cheek social commentary.

More recently though he has come to wider national attention thanks to his cooking videos that aim to wage war against processed food. Highlights include the End Of Days Bolognese, Carbo-Rona Sauce, and Wham Bam Thank You Lamb.

There’s no denying Nat’s increasing popularity, with the comedian selling out THREE shows at the Queens Wharf Hotel this October.

The Cook-Along with Nat’s What I Reckon is on at 12pm on Thursday 28 May.