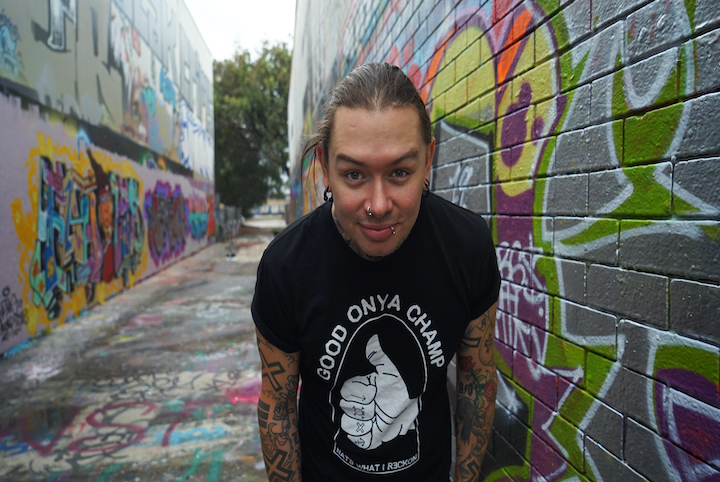 He’s the laconic comedian who has clocked up millions of views on YouTube.

And now Nat’s What I Reckon will be taking his unique opinions on everything from overpriced boat shows to the trials and tribulations of calling Telstra offline.

Yep, that’s right, after selling out a trio of shows at Sydney’s Factory Theatre, the comedian will hit Queens Wharf Hotel on Thursday 7 May.

Dubbed On Purpose, the show promises to be a hilarious night of piss-taking, face-swapping and previously unreleased videos.

Nat will share stories of just how insane all of this online cahootery has been, reveal some of the hilarious inspos behind some of his creations as well as screening never-before-seen footage and outtakes.

He will also give the audience a glimpse into his off-the-wall creative process that has lead him to this point in his career, which has all been, you know, totally on purpose

As a bit of a sweetener, especially those already au fait with Nat’s work, he will be joined on stage by the channel’s favourite tea enthusiast Jim as well as comedian Andrew Bensely.

For the uninitiated, Nat started creating videos around 10 years ago, and in that time has honed his craft and branched out into live shows, ranging from stand up comedy to online creator film events.

His honest, forthright and sometimes touching style has built a strong and engaged social media community, and his videos have clocked up millions of views online.

Not bad at all!

So, if you’re keen for a laugh, check out Nat’s What I Reckon at Queens Wharf Hotel on Thursday 7 May. Get your tickets here.

ALSO ON NEWCASTLE LIVE
FEELIN’ IRIE: Carrington Bowlo to host reggae, blues, funk AND soul fest!
SAVE THE DATE: Glam metallers Steel Panther are coming to Newcastle!
US rockers The Schizophonics to blow the doors off the Badger’s Lair
Emerging artists given a leg-up with travelling scholarships