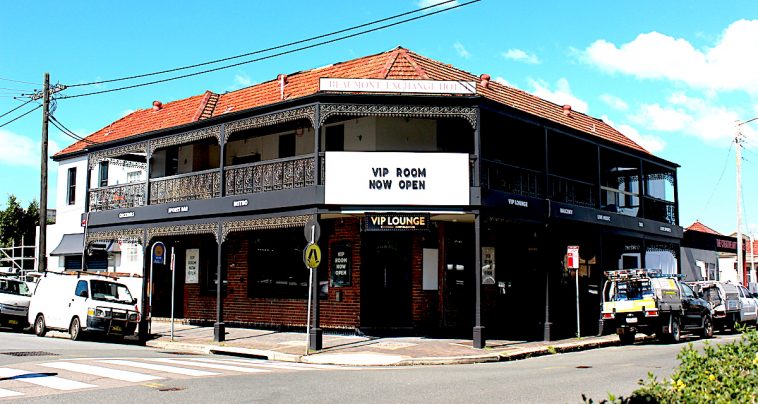 We brought you the news back in January, that The Exchange was undergoing a massive multi-million dollar reconstruction with the aim of making the Hamilton venue one of the premier live music spaces in Newcastle.

Well, those plans are well and truly coming to fruition with the new-look venue on track for its anticipated opening next month.

We were lucky enough to be invited in for a bit of a sneak peek inside on Friday and it’s fair to say that this venue going to be next level…literally.

The main focus of the venue’s reconstruction is its impressive “band room” dubbed Live At The X.

Punters will be able to take advantage of multi-level views of the stage including a VIP mezzanine deck and the Swill Bar – where you can sample a range of tempting cocktails which have been custom created by award-winning mixologist and Zenith Hotels’ (who own the Exchange, along with Shoal Bay Country Club and Merewether’s Beach Hotel) group beverage manager Brent Tozer.

The stage will be populated, multiple nights a week, with the best local, national and international touring artists (COVID-dependent, of course) and those artists will be blasting through a state-of-the-art PA taken straight out of the Sydney Opera House.

Meanwhile Swill Bar will feature DJs spinning your favourite tunes until 3am!

And food hasn’t been left out of the equation, either, thanks to the venue’s new eatery The Kitchen.

Located upstairs, The Kitchen operates with the mantra “classic dishes, done well,” and that’s something we can truly get behind.

The centrepiece of The Kitchen will be a wood-fired pizza oven that will be overseen by passionate pizza chef Franco Malgioglio, who will bring more than 22 years experience in perfecting his original dough recipe to the table.

You can even pull up a chair at the bar and watch your pizza being made by Franco from scratch.

Last but not least, the venue is also set to become a frequent haunt for fans of televised sport as it will house the largest privately owned screen in the Southern Hemisphere!

Add to that a brand new Sports Bar and TAB and you’re in rugby, footy, AFL, cricket, UFC and racing heaven!

The launch of the new look Exchange will take place on Saturday 26 September. Head here for more info.