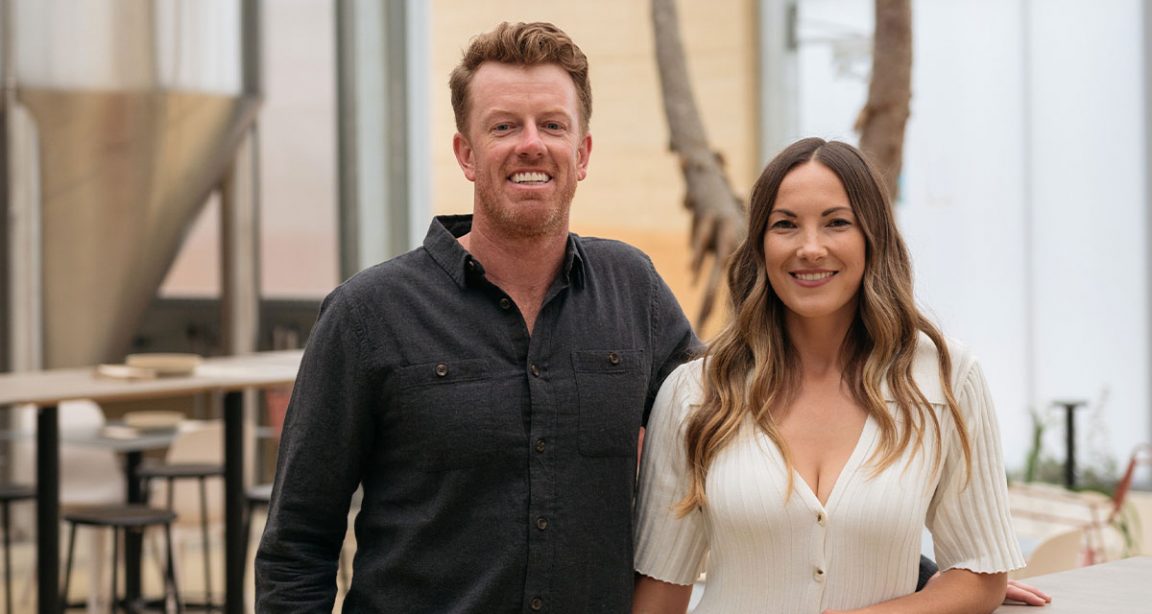 Enduring lockdown can be thirsty work. But thankfully, as we emerge from our hibernation, there is no shortage of top spots to slake that thirst.

And the newest kid on the Newcastle block, Modus Merewether Brewery is certainly no exception.

In fact, the spectacular space is highlighted by three-metre rammed earth walls, crafted with earth from bushfire-ravaged regions, a nine-metre-high, glowing cube structure housing the brewery tanks, one of a kind bathroom tiles fabricated from recycled shampoo bottles, two 10 metre bars also made of rammed earth and a pavilion space featuring six-metre-high sliding doors and mature trees to give a sense of space.

To top this off, the brewery equipment is state of the art and features solar and water-saving systems, making the site truly sustainable.

This multi-purpose venue has impressive function spaces – Barrel Room, Operandi Room and The Pavillion – for corporate and social functions and will include a huge kids area, slated for later in the year, which will also be available to be booked out for private kids’ functions.

The venue will also host brewery tours, masterclass events, limited edition beer release occasions and collaboration events, as well as night markets in the laneway to the side of the venue in 2022.

Modus Merewether Brewery can accommodate just under 300 people who can enjoy an eclectic range of brewery-fresh Modus beers from 36 taps. The brews on offer include the core Modus range, including the non-alcoholic NORT range for the designated drivers, as well aslimited local-only releases ranging from sours to lagers, hazy hoppy IPA’s to dark beers.

Not a beer fan? No worries, because an extensive selection of curated cocktails, wines and spirits is also on offer.

And when it comes to the nosh, the offerings are just as impressive.

The brainchild of Grant and Jaz Wearin, Modus Operandi Brewing began life in Mona Vale back in 2014 and has gone on to become a fixture in the Australian craft beer scene.

With Grant’s family hailing from our neck of the woods, A Newcastle venue had always been a dream and in 2019, after an extensive search,Grant and Jaz found the perfect spot in Merewether.

“Modus is a national beer brand which will now be headquartered and brewed in Newcastle. We will proudly be employing over 60 employees in the hospitality and manufacturing industries which have been hit hard by the pandemic,” Grant said.

“Newcastle is known for its manufacturing history and we are excited to now be part of its next chapter in industry. Brewing is usually hidden in industrial areas, but we wanted to be able to share this venue with the community, which is why we worked so hard at securing a site that everyone in Newcastle could easily access and not only see the brewing process unfold in front of them, but also to sit and enjoy a world-class hospitality venue in an amazing location.”