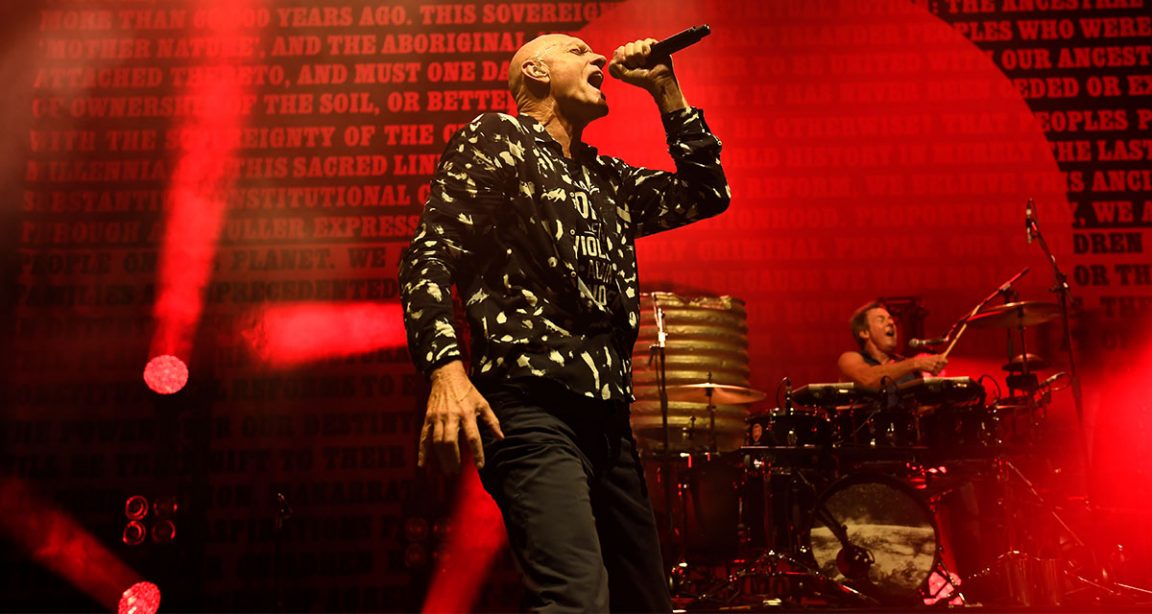 Midnight Oil will kick off their final national tour at Newcastle Entertainment Centre in February next year.

While the band say they remain open to recording new music together in future and supporting causes in which they believe this will be the last chance for fans to see the band together live on stage.

“We all know time refuses to stand still for anyone but after many years together the band’s spirit is deep, the music and words are strong, and our ideas and actions as bold as we can make them,” frontman Peter Garrett said.

The announcement of the tour also comes with the news that the band will release another 12 new songs they recorded with longtime bass player Bones Hillman before he sadly died.

Resist, the new album will be Midnight Oil’s 15th studio release since they exploded out of the Australian post-punk scene back in 1978.

“We’ve reached people in ways we never could have imagined. Our desire to create and speak out is undimmed. We hope everyone who hears this album and gets to one of the shows will come away charged up about the planet’s future,” Peter Garrett said.

Midnight Oil will hit ABC TV’s The Sound this Sunday, 28 November, with a live performance and a chat about the new release and the Resist tour.