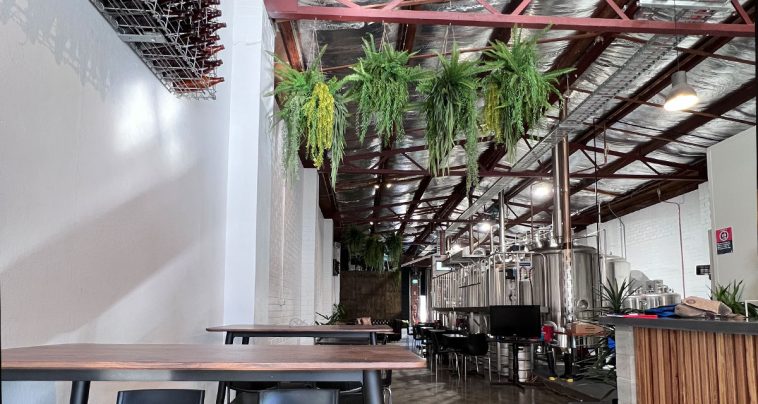 Earlier this week, we dropped in to check out the craft brewery before the big opening night and chat with the team behind Newcastle’s newest craft brewery.

Check out some photos and info below, and we’ll see you there for the big opening!

One of Method’s brewers, Sean Costigan actually got his first taste of all-grain brewing in the building that Method now calls home when it operated as Mark’s Homebrewing. Sean also spent four years as head brewer of Murray’s Brewery before taking a short break from the industry and setting up Method.

Gavin McKenzie started home brewing with his Dad and continued to brew for himself and friends while pursuing a few different carers but finally took the plunge by enrolling in a postgraduate diploma in brew science prior to kicking off a brewery with his mates.

Rounding out the Method team is Matt Blofield, a carpenter by trade, who left the building industry to follow his passion for craft beer. Matt joined the brew team at Hope Estate in the Hunter Valley in 2020 and loved being a part of the industry so much that he couldn’t resist the chance to brew in his own brewery.

Located on Maitland Road, the brewery is an open and inviting space, giving you plenty of opportunities to check out the beer-making process.

On the taps, ready to pour on the first day of trade, you’ll find a pale ale, a new world IPA and Method’s Bohemian Ale.

And if you like what you taste, you’re in luck because you’ll be able to pick up some tins from the fully stocked fridge to take home with you.

Local food truck, Chucks Burgers will be serving up the perfect beer-drinking food on the first weekend of trade.

You can find Method Brewing at 18 Maitland Road in Islington. They open the doors for the first time this Friday, 24 June from 2 pm and will be pouring beers every week from Thursday till Sunday. For more information visit their Facebook page.