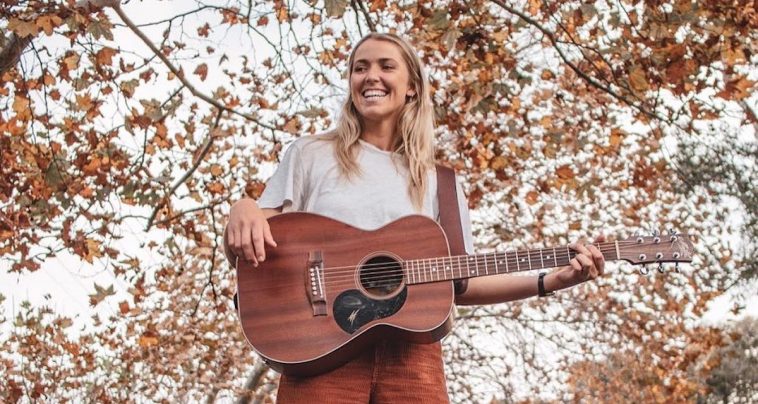 She’s the ex-pat Novocastrian songwriter who recently picked up stumps and relocated to the New South Wales North Coast.

But it seems that Newcastle still holds a very special place in Megan Core‘s heart as evidenced by her soon-to-be-released. single – Lost In Mayfield.

The track is an upbeat rocker that is led by some punchy, reverb soaked guitar work from Megan and backed by a stellar line-up of players including Jake Fly (bass), Matt Field (drums) and Emily Smith (lead guitar)

Megan said that the song was written during a period of major transition and that it focusses on the idea that it is the people that make a place so memorable.

“I wrote this track towards the end of 2019 when I was living in Newcastle and loving the supportive, creative community around me, but was simultaneously in a long-distance relationship and preparing to move away,” Megan explained.

“The song explores future decisions, trusting the unknown and especially questions the concept of what gives someone a sense of home and belonging. Whether it’s the place ortown that you have ties with, the community, the relationships and friendships you built there or the familiarity of the venues and locals.

“Writing this song made me realise that (for me) it’s the people and connections you have within a place that give it a sense of home.”

Megan has certainly hit the ground running in 2020 releasing her well-received debut single Twenty Something back in June.

Striking while the creative irons are red hot, Megan will release Lost in Mayfield on Friday 21 August, before dropping a third track, Caffeine Fix on Friday 28 August which Megan said was a “conversation about mental health and looking after your loved ones.”

Head here for more info on all things Megan Core.