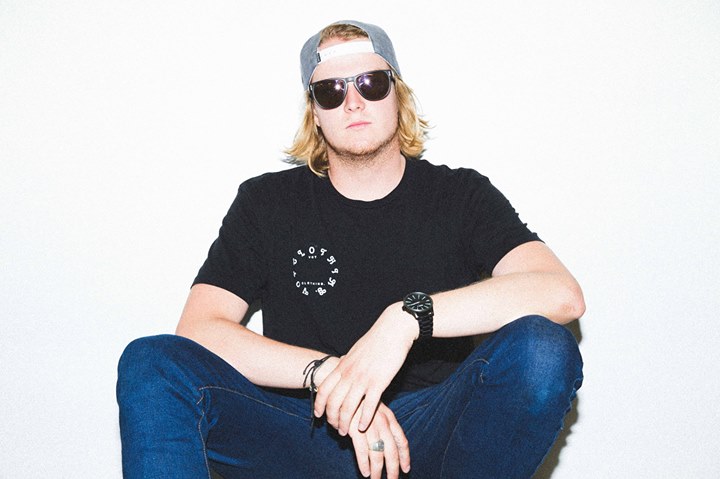 With the weekend just around the corner, we’ve scoured our comprehensive gig guide to bring you our picks for the best gigs and events happening in your part of the world over the next couple of days.

Frank Sultana tells stories of loss, betrayal, and revenge, set in imaginary backwater towns inhabited by strangely like-able yet shady characters. He delivers his songs with dark hypnotic guitar parts that are carefully layered with his raw whiskey-drenched voice.

Minnie Marks is not just some blazingly electrified acoustic guitar playing freak of nature, but also a rare and triple threat: Singer, songwriter, and multi-instrumentalist. Be warned, her show will take you on a dizzying, riff rock roller-coaster ride

LDRU has engineered his distinct sound that has captivated Australia and fans from all corners.

He has released official remixes for Flume, Lorde, Jack Ü and Miami Horror. His major hit “Keeping Score” has reached 18 million Spotify streams, high rotation on Triple J, a Double Platinum Accreditation (ARIA) and coming in at a hot #22 on Triple J’s 2015 Hottest 100

Tix available here or at the door.

To celebrate the opening of James Drinkwater: The sea calls me by name, Last Fridays presents a moody and theatrical evening of performance, fashion, and indulgence.

Guest curated by the artist, the event will feature a special performance from rising talent Grace Turner. As well as an elegant grazing table and wine tastings by newcomer Company Wine

If it’s local you want then it’s local you’re going to get at the Cambridge when Newy rockers Cooks and Bakers take over the warehouse.

The three piece will be joined by fellow Novos Bonza, Mission Banana and Fungas.

After the huge success that was February’s All Day Lass Bash, it’s all happening again!

DJs, live art, games and market stalls will be filling out the cozy Lass beer garden all day and the bash will also feature: Will Freeth, Lisa May, Sol C, Jakesy Hustle, Tikabox, Droplets, Courtnxxy, and Creepy Dylan!

Rock up early for the chance to score your first Murray’s tin free or a $50 Tatt voucher from Alien Art Tattooing.

It’s been a massive few years for Matt Okine, you could not miss him in on your screens when he wrote and starred in his very own hit TV series The Other Guy on Stan along with hosting his own cooking show on ABC Shortcuts to Glory and touring the country with his live stand-up show.

Don’t miss your final chance to see Matt in his critically acclaimed show The Hat Game!

Get your tickets now!

Sydney’s favourite six-piece collective Winston Surfshirt are hitting up the Cambo as part of their national tour.

These guys have built a cult following off the back of their live shows, with their loved and unique versatility on stage seeing them play to sold-out crowds at home and abroad. They sold out all 10 shows across the country on their Australian Sponge Cake tour, followed by festival billings at Splendour In The Grass, Spilt Milk, Falls Festival, Field Day & This That, before heading overseas and selling out shows across London and Europe.

From 8pm. get your tickets now.

The Olive Tree Market will come alive on June 1st with a collective of talented creatives. Showcasing over 130 contemporary artists, designers, makers, and street food purveyors, Olive Tree has been Newcastle leading art and design market since 2008.

Hamilton’s The Greenroof is throwing down tunes and serving up meat on a big kick ass smoker in the carpark. Smoked racks of ribs, $20 craft beer buckets & delish sides are just the tip of it. Kick start your Sunday session with BBQ Meats & Party Beats.

There will also be great food from the New Winter Menu available so get along and help Lizotte’s celebrate this auspicious occasion.