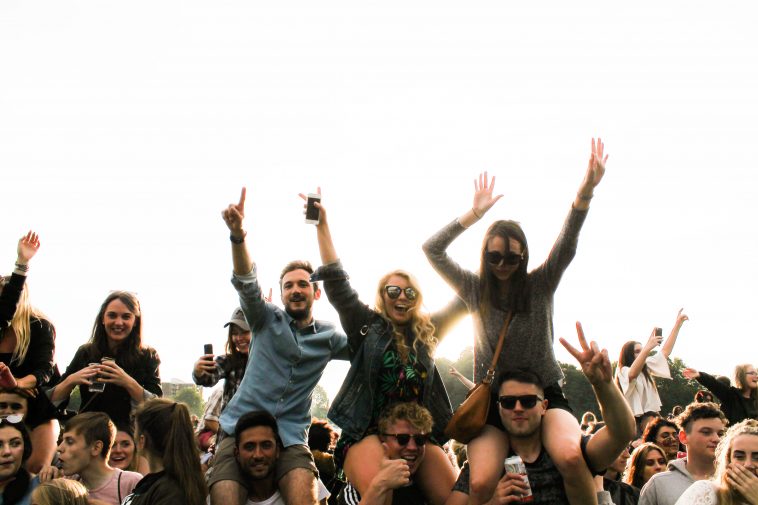 If you love live music, you will have undoubtedly come across articles, posts, and interviews in recent years from people trying to save it. It’s in the news, online and in parliament.

There is no doubt live music as we know it has reached a fork in the road.

Restrictions and residential development are killing our live music industry. In Sydney, more than 175 venues have closed since 2014 and if you’re a Novocastrian it wouldn’t be too hard to count the list of venues we’ve already lost.

The Palais Royale, The Bel Air Hotel, Jokers Tavern, The Ambassador, The Casbah, The Jolly Roger, The Loft, Black Malabar, The Commons…

To be fair the site of The Palais, a live music venue that operated for 80 years, has become Australia’s biggest KFC so, there is that.

And if that wasn’t scary enough, The Cambridge, Wicko, Lass, Stag, and Hamilton Station are. day by day, being dwarfed in the ever-looming shadow of residential development.

So, here’s the thing…

You love live music, right? You want to help save it. But realistically, what are you as an individual supposed to do?

Well stay ‘tuned’, because we have the answer.

First up, if you were old enough to hold a driver’s licence at the time of the Newcastle earthquake, we’re talking to you – anyone younger, keep reading. You’re next.

In Sydney, more than 175 venues have closed since 2014 and if you’re a Novocastrian it wouldn’t be too hard to count the list of venues we’ve already lost.

Earthquake veterans, think back to the venues you loved in the ’70s, ’80s and ’90s. Sure, they were great places to hear live music but let’s be honest – they were so much more than that.

They were rites of passage.

Places we sang out loud, laughed and loved all to the soundtrack of our favourite bands. It was in those venues with their sticky carpet and watered-down drinks, amid the haze of Peter Jackson 30s and the crisis of being in our twenties, we sang along with lyrics that made us think and feel.

And man, our hearts were in it.

Our hearts were in it up to our necks. Find those memories, the ones that trigger a smile, a laugh, a tear, whatever it takes to put your heart into it one more time because the venues we loved so much are being stolen – not just from
us, but from generations to come.

What happens when there’s no Wicko, no Lass, no Stag and God forbid – no Cambo? We earthquake veterans, we were lucky. We had live music on every corner but what about the ‘us’ that is out there now?

And there are still some incredible live music venues.

According to a census carried out by the Newcastle Live Music Taskforce, in one month alone The Cambridge showcased 57 acts, the Hamilton Station not far behind with 54, and 36 acts played at The Lass.

So, let’s be clear. Our local live music crisis has nothing to do with a lack of local talent. We have that in spades. We always have. This is Newcastle.

But all those incredible, sometimes rebellious, always creative, spontaneous, thoughtful, too loud, too introverted, too talented to stay hidden artists deserve a stage to play on.

And the people who love live music deserve to hear them – not just on Youtube.
The point is, from those who remember weekend dances at The Palais, to the cool kids lining up on a Sunday night outside the Cambridge, it’s never been more important that we put our hearts into it one more time.

Sound Station Music & Arts Festival is a celebration of five decades of live and local music happening at The Station on Saturday, 4 April.

This is more than just a music festival. It’s a call to action. Entry is free. This is your chance to be present, not just for yourself but on behalf of everyone who was there ‘that night’.

You can make a difference. All you have to do is show up.

We’ll do the rest. We’ll put on the show. We’ll give you a great day. We’ll count you as a person that actually gives a damn. We’ll write our reports and pleas and petitions based on the fact that you showed up.

Together we can become part of the legacy that is live music. We just have to put out hearts into it one more time.

You can register for your free Sound Station Music & Arts Festival tickets via www.soundstationfestival.com

Nikki Taylor is an organiser of Sound Station Music & Arts Festival and founding member of the Newcastle Live Music Taskforce.

ALSO ON NEWCASTLE LIVE
PICK IT UP: Melbourne Ska Orchestra will take over the Cambridge this week!
GIRLS TO THE FRONT: The foundations are strong for this HerCastle!
CHECKMATE: Emotion runs high for Silvie Paladino in Newcastle production of Chess
BE CAREFUL WHAT YOU WISH FOR: Why coronavirus won’t ruin my travel plans