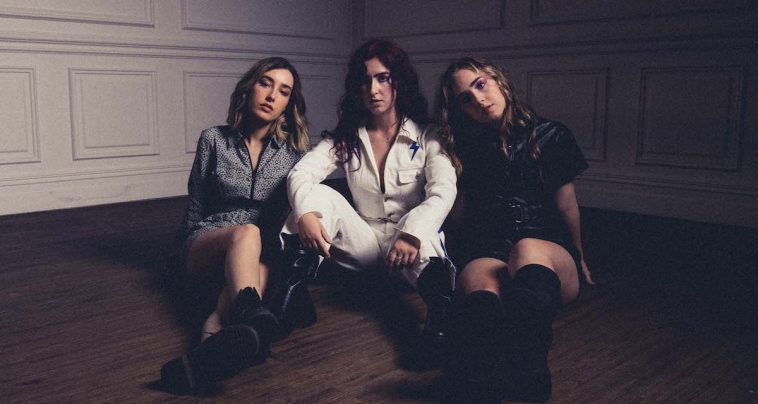 It may’ve been a long time since they’ve hit the road, over 18 months in fact, but Central Coast’s Little Quirks are making up for lost time with a 16-date The Rain Is Coming national tour kicking off in December.

And in what is great news for Newcastle fans, the familial trio will be hitting the Cambridge Hotel stage on Saturday 4 December – the second show on the run.

It’s also quite the auspicious occasion for drummer Mia Toole who will finish her final year school exams just four days before the tour kicks off.

Mia’s sister and Little Quirks guitarist Abbey added: “We are over the moon to be getting back on the road!

“After a year of ups and downs, a whole lot of waiting and eating way too many cookies we are so excited to be playing these shows.”

Despite their age, sisters Abbey and Mia alongside cousin Jaymi RToole on mandolin have clocked up seven years of musical experience together since they began to hone their craft busking at local farmers markets.

In recent years you would find the trio charming crowds at music festivals and venues up and down the East Coast, sharing stages with artists such as The Teskey Brothers, The Preatures, Xavier Rudd, Ruby Fields, Tim Rogers and Alex the Astronaut.

Their 2018 single Crumbled has been a runaway favourite on Spotify with more than 3 million streams, and the trio has amassed a loyal following for their powerful and distinctive DIY videos on YouTube, including an impressive version of ABBA’s SOS”

After wowing pretty much everyone in 2020 with two stellar slices of folk/pop in Florence’s Town and Someone To Hold, Little Quirks are set to release their fourth EP in 2022 – a follow up to their cracking January 2020 EP Cover My Eyes.