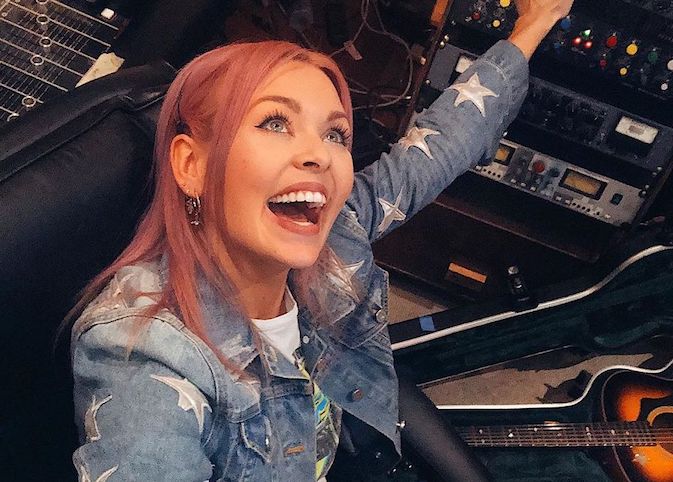 Her debut album may’ve dropped at the beginning of the month, but Max Jackson is keen to keep the party going.

The Newcastle singer-songwriter will celebrate the release of Life Of The Party with a special show at the Royal Exchange Theatre next week.

In a tacit acknowledgement that she is on the right track with her tunes, the album, which has been a labour of love for Max for the past decade, debuted at number one on the iTunes Country chart and number eight on the ARIA Australian Artist Country chart.

The success of the record was, no doubt helped along by the singles that preceded its release – Saturday, Life Of The Party and How To Love A Girl.

Currently touring the country with friend and mentor Gina Jeffreys (you may’ve seen them perform together at Belmont 16s back in September) Max has happily been the behind-the-scenes songwriter for a little over six years, honing her craft on multiple trips to Nashville and Los Angeles and writing with established International and Australian artists on their projects.

But now it looks as though she is ready to make her own indelible mark on the OZ music landscape.

Max first met Gina back in 2009 when the up-and-coming artist won a radio talent contest that netted max a day’s mentorship with Gina as well as a day’s recording with Gina’s husband and renowned producer Rod McCormack.

The pair more than hit it off with Max co-writing four songs on Gina’s latest album, while Gina co-wrote Max’s single Saturday, while Rod lent his production talents to the album.

Catch Max Jackson when she performs at the Royal Exchange Theatre on Sunday 1 March. Get your tickets here.