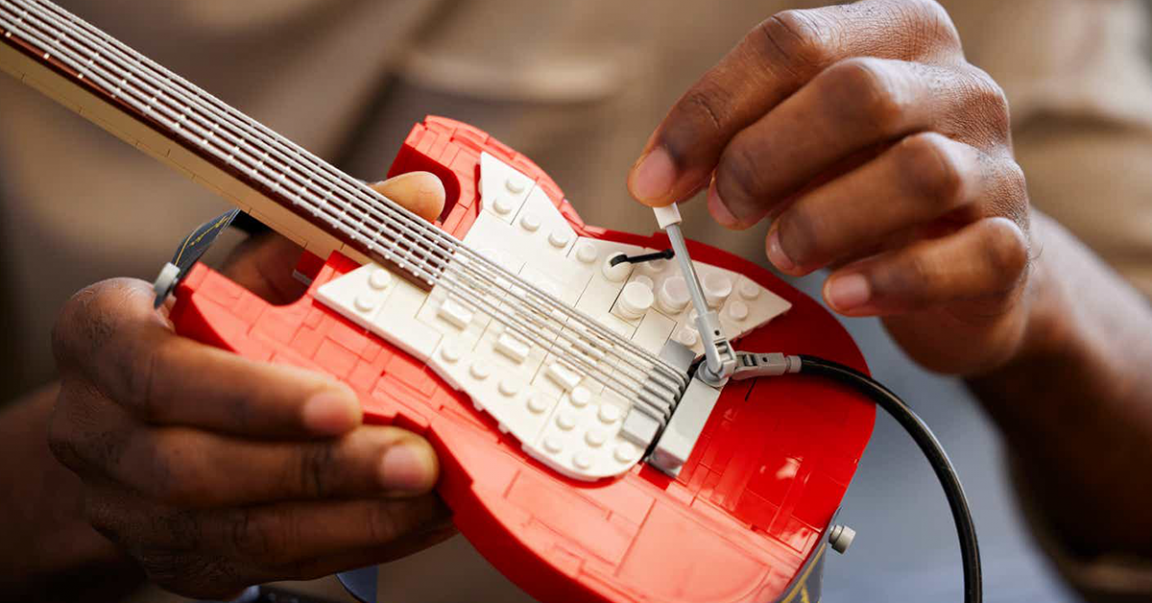 The brick wizards at LEGO have reimagined the iconic Fender Stratocaster in LEGO bricks.

Famously played by music legends the Stratocaster is one of the most influential electric guitars in all of music history.

The brick version, available to purchase in either red or black versions, comes with six strings, poseable tuning pegs, a pickup switch, a strap and rubber cables, a 65 Princeton Reverb amplifier, a folding display stand and even a whammy bar!

The kit was created by LEGO Ideas fan designer Tomáš Letenay. Tomáš originally entered the design into the LEGO Ideas Music to Our Ears competition, but the reviews board at the LEGO Group loved the creation so much they commissioned it.

“I used to play electric guitar when I was a teenager and I always dreamed of owning a Fender Stratocaster – but I could never afford it,” Tomáš said,

“The competition on LEGO Ideas gave me the chance to create it in LEGO bricks. The Stratocaster was my gateway into music and I love seeing my LEGO design with the stand. I am hoping that other guitar fans get as much joy out of building it as I have.”

Whether you are an old school rock and roll fan, an indie rock, R&B or heavy metal lover or just passionate about music, the LEGO model of the 1970s Fender Stratocaster is sure to be on Christmas wish lists for music and brick fans alike.

The LEGO Fender Stratocaster will be available to purchase from Friday 1 October.