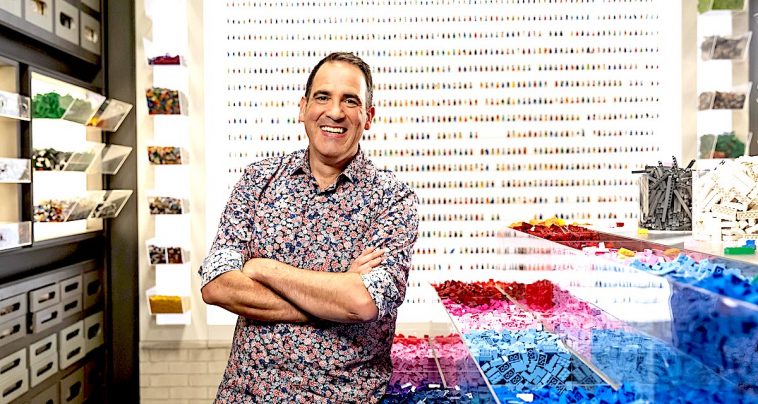 Hey, LEGO fans. Are you looking for some inspiration for that next big build?

Well, your prayers have been answered because Aussie LEGO master Ryan ‘The Brickman’ McNaught is bringing his latest exhibition Brickman Awesome to the Newcastle Entertainment Centre for the October school holidays.

The exhibition, Ryan’s third made entirely of LEGO bricks will feature 36 impressive models – none of which have been seen in Newcastle before.

Those models took a massive 5000 hours to construct and are made up of an eye-watering two million-plus LEGO bricks.

One of the highlights is sure to be the world’s first LIFE-SIZED LEEGO Harley-Davidson motorbike, which will be showcased alongside other record-breaking creations including a three-metre tall Orca whale, and the largest-ever LEGO Caterpillar 797 dump truck.

The exhibition will also feature a brick menagerie as LEGO fans find themselves surrounded by kangaroos, koalas, penguins and even a full-size LEGO Australian saltwater croc that weighs more than 60kgs and built using more than 40,000 bricks!

Ryan, Australia’s only certified LEGO professional and star of the hit Channel Nine show Lego Masters Australia alongside Hamish Blake, said he couldn’t wait to come back to Newcastle.

“I’m excited to finally be bringing Brickman Awesome to Newcastle. It’s an amazing city and when we brought our previous exhibitions they were incredibly well received – Novocastrians really do have such huge enthusiasm for LEGO,” he said.

“This year’s theme is quite broad. The models in the exhibition are pretty diverse, so whether you’re an animal lover, a movie fanatic, or you have a love of travel, there really is something for everyone – young and old!”

The Brickman Awesome exhibition is on at the Newcastle Entertainment Centre until Sunday 18 October (open daily). Advance bookings are recommended to secure your preferred session time.

Tickets are on sale from 11am on Friday 11 September through Ticketek.