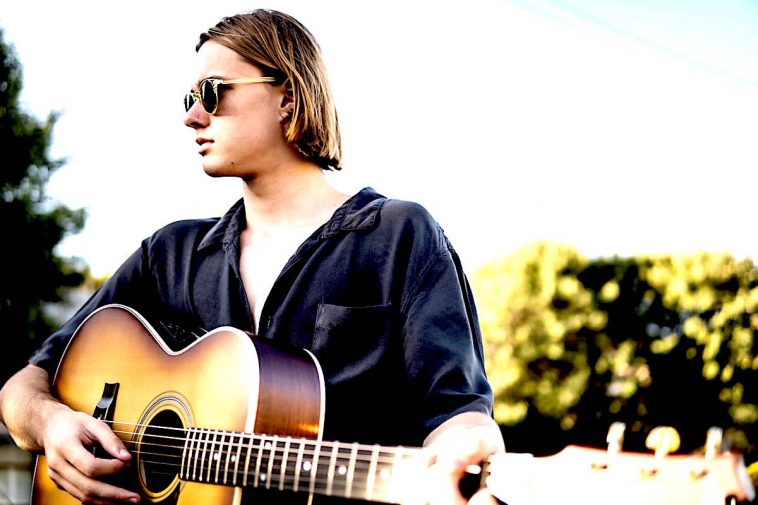 Stepping out into the wild blue yonder after high school can, no doubt, be a daunting experience. For Austin Mackay that sense of uncertainty provided the inspiration for his soon-to-be-released single Edge of Unknown.

“I wrote it last year just as I finished up school,” Austin told Newcastle Live.

“It was really about being at a point in my life of not really knowing what the next step. was going to be and not knowing what was going to happen in the next year coming. I feel like with this COVID sit the song now comes with a whole new meaning.”

The single, which is set for release on 28 July, is a heart-on-sleeve rocker that represents the first taste of an EP that is intended to land sometime in September.

Check out a sneak preview of Edge of Unknown below

Austin, who recently took out judge’s choice honours in our Newcastle’s Got Talent competition, has assembled a crew of some of this city’s finest players to concoct a massive sound.

“I write all the songs on my own and then I take them to my producer Dane Baldwin (Morgan Evans) and we build up the tracks from there. We’ve been working together for the past four years now,” Austin explained.

“We’ve also got a cracking bunch of Newcastle musicians on the EP. Dane is on drums, Jeremy Minett (Viper Creek Band) plays all the electric guitars and Jono Burgess (Bravo Victor) on the bass.

That process was made even trickier by virtue of a global pandemic which meant that the sessions could not be tracked in a studio. No mean feat when you’re laying down tracks in your bedroom, unable to feed off the energy of other players in the room.

This hurdle has well and truly been overcome on Edge of Unknown which Austin puts down to the quality of the players behind him.

“I had the tracks sent to each person via email and Logic Project,” Austin said. “It was kind of a weird thing – at one point all we had was acoustic demo tracks and a week later had a complete EP.

“Also, the vibe on the tracks really comes down to the professionalism of the musos involved.”

While opportunities to get these new tunes in front of people in a live setting are thin on the ground at them moment, Austin is still gigging where he can and will be venturing up to Queensland in September for a sold-out show.

“It’s really awesome to be playing,” he said,

“I had my first gig back last month and since then have been playing most weekends. It’s just great to be able to get back to gigging and really play all these new songs I’ve been writing throughout COVID.”

Edge of Unknown is released on 28 July. Head here to keep up to date with Austin’s upcoming gigs.