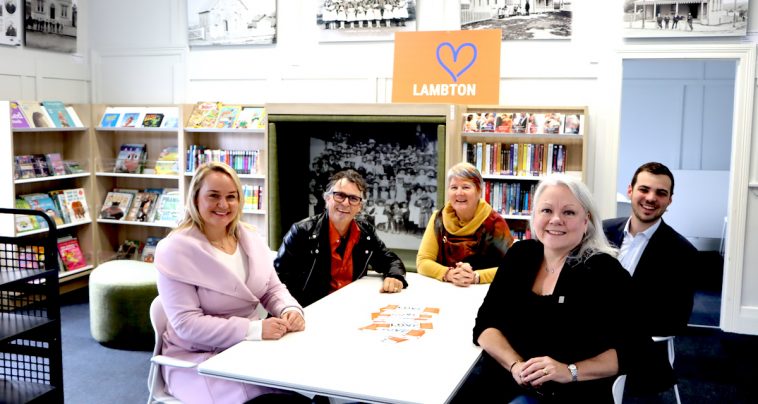 With Lambton marking is 150th birthday this week, what better gift than the gift of knowledge?

Well in that spirit, local bibliophiles will be able to snag a sneak peek that the resortration of Lambton Library as part of the week-long anniversary celebrations.

The city’s oldest library building has been undergoing a significant makeover during the past 18 months and has been closed to the public since COVID restrictions came into force back in March last year.

The library will temporarily re-open to the public on June 21, 26, and 27, before closing again so the finishing touches can be completed.

Lord Mayor Nuatali Nelmes said the community would be given a sneak peek of the ongoing  works during this week’s community-led “Love Lambton” event, with the library also delivering a series of  activities that will help bring the suburb’s history to life.

“While we look forward to permanently welcoming everyone back into the library later in the year, the Love  Lambton celebration provides an ideal opportunity to show the results of this transformation so far while  also helping to celebrate Lambton’s 150th anniversary,” Cr Nelmes said.

In terms of the facelift, the library’s roof restoration and internal fit-out, including new equipment and self-service technology are finished, but a bullnose verandah and entry are still to be completed.

“Once finished, Lambton Library’s refurbishment will have completely re-imagined the internal space to  create a user-centric, modern experience that will allow extended community access and new activities in  the library,” Cr Nelmes said.

Newcastle Libraries’ Local History team, in partnership with Curious Legends, has curated a collection of historic images showing the people and places around Lambton that will be projected onto the side of  Lambton Library from 5.30pm to 10pm for the duration of the event.

Historic images will also be used for an  augmented reality experience in three sites around Lambton Park, which can be accessed via the City of  Newcastle app.

The library will also display rare documents including original minute books of Lambton Council,  photographs of the first Lambton Councillors, early Lambton maps and plans, and samples of the first  rates notices, while a podcast series with local historian Julie Keating is also being developed.

Lambton Library was constructed in 1887 and was initially used as the Lambton Council Chamber before  being converted into a library in 1950.